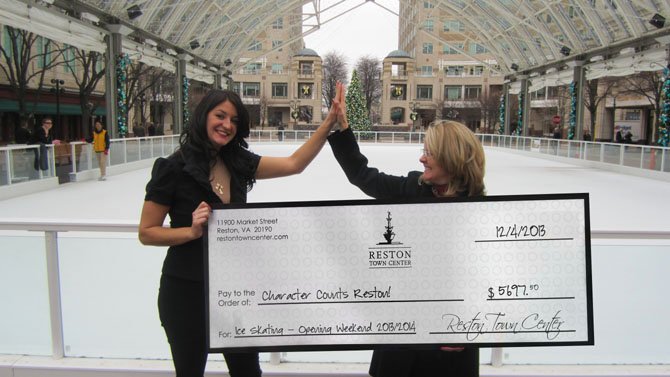 "We’re elated that Reston Town Center Ice Skating Pavilion was able to raise such a large donation for us this year," said Cate Fulkerson, president of Reston Character Counts! Coalition. As a long-standing tradition, this organization receives 50 percent of opening weekend proceeds from the Reston Town Center Ice Skating Pavilion, which opens annually at the beginning of November. The 2013 donation is almost double the amount raised from the 2012 opening weekend. Fulkerson said that Reston Character Counts! Coalition will put the funds to good use through 2014, supporting Ethics Day at South Lakes High School in November, Reston Kids Triathlon, the Cornerstones Best of Reston event, and other charitable initiatives to support character-building for students in the community.