The Irish ‘Rose’ of Burke
Votes

The Irish ‘Rose’ of Burke

Briana Apgar shares her experiences as the 2012 Washington Rose. 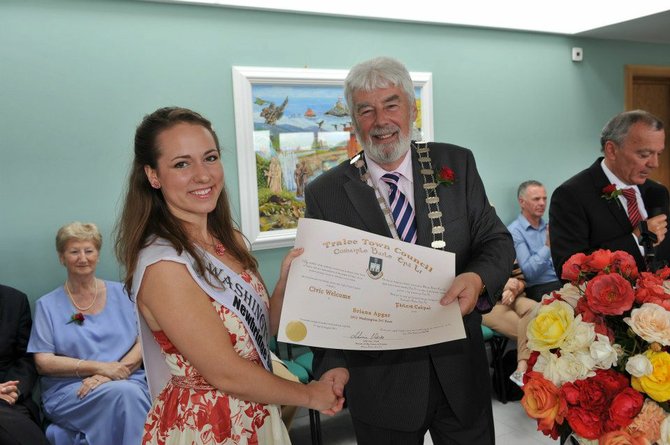 Briana Apgar being greeted by the Kerry County Council in Tralee, Ireland, at their Civic Reception for the Roses. Photo Contributed 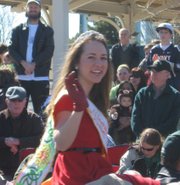 The Rose of Tralee Festival is celebrated in Irish communities worldwide. Each Rose Centre selects a female with Irish heritage between the ages of 18-27 as their “Rose,” who will serve as a role model and ambassador for their community at the international festival in Ireland, where one international Rose of Tralee is selected.

Briana Apgar is a Burke resident. She was selected as the Washington, D.C., Rose of Tralee to represent the area’s greater Irish community in the Rose of Tralee International Festival in Ireland. The festival is the largest Irish festival worldwide and seeks to unite the global Irish community. The Roses toured Ireland, met government officials, and were selected to work with different philanthropic organizations. Apgar is continuing her work in the area at home, and they will be looking for a new Rose in April. She wanted to share her experiences in order to inspire area girls to follow in her footsteps. Her email is Briana13@vt.edu.

I love the Rose of Tralee because the tagline is “connecting the global Irish community.” We are Irish American, Canadian, French, British, and beyond, not forgetting our Irish identity because of our postal addresses. Last April, I worked up the courage to enter the Washington, D.C., Selection. After having the most amazing weekend getting to know the other girls and celebrating Irish culture, I was honored to be chosen as the 2012 Washington Rose.

A few short weeks later, I was off to Portlaoise for regionals. With police escorts, we zipped across town from site to site, participating in parades, visiting hospitals and schools, and dining like royalty in a castle! Ireland’s famous Dáithí Ó Sé conducted our on-stage interviews. He is such a hilarious character that it is difficult to feel too nervous! Along with eight other Americans, I was selected to go on to finals. 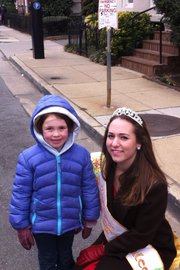 Finals are held in Tralee, of course, but kick off with the Rose Tour traveling around the country. There were autograph hunters everywhere. I was given a Certificate of Irish Heritage in Croke Park, toured the Galway Prom, and even had a lesson in pint pouring from Fergal, the Guinness master brewer himself. My on-stage interview was again with Dáithí. This time, I chose to do a party piece and sang. Our interviews were aired on RTE 1, the national television channel for Ireland, and streamed worldwide. My family was able to watch me, wherever they were.

With St. Patrick’s Day around the corner, I am at the height of Rose business, even as my year draws to an end. My last adventure as the reigning rose will be to Belarus to volunteer with Chernobyl Children International. While being a Rose comes with some glitz and fame, what really matters is the work we do and the friendships that we keep after the festival. The festival lasts approximately 10 days, but I will keep the memories and my friendships for life. I am immensely grateful for the Rose experience in its entirety and for all of the opportunities that it has presented to me.

Briana Apgar of Burke at the top of Croke Park receiving her Certificate of Irish Heritage from Kerryman and former politician, Dick Spring.

Handing over my sash this April will be so bittersweet. However, I am very excited to welcome the new Rose into our family and help prepare her for the wonderful year she has in store. Whether I’ll see you at our selection weekend or not, I hope that you have a wonderful St. Patrick’s Day! Éireann go Brách!