Titans compete as team for first time this season. 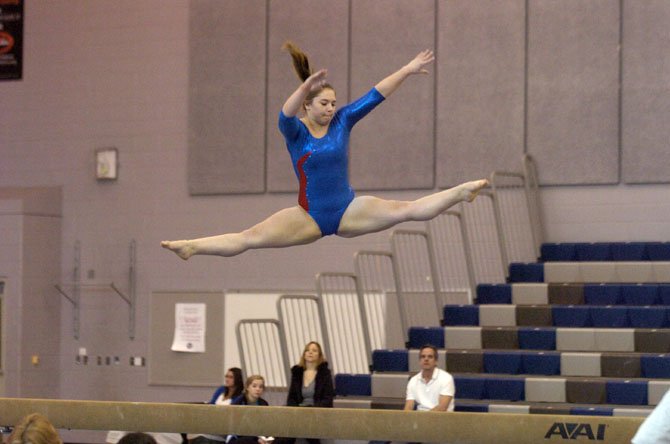 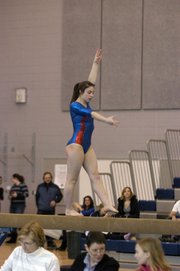 The T.C. Williams gymnastics team competed with four members, the minimum needed to produce a team score in most meets, for the first time in many years on Jan. 25 during the Barbara Reinwald W-L Gymnastics Invitational at Washington-Lee High School in Arlington.

Each of the four Titan gymnasts — Holland Cathey, Grace Girard, Jordan Lambert, Cailyn Lager — finished in the top 10 of the all-around competition and T.C. Williams placed third as a team.

“It’s the first time we’ve had all four healthy or in town,” head coach Pete Novgrod said. “We’ve had three usually, and it’s been a different one that we had each time not there.”

“Very good,” Novgrod said about the Titans’ performance. “We had some rough parts …”

Each of the four Titans competes in club gymnastics with the Arlington Aerials.

Last season, T.C. Williams gymnastics consisted of three members: Cathey, Girard and Mambert. Two years ago, Girard was the only gymnast on the team. Prior to Girard, Shannon Murphy, a 2009 graduate, was the first T.C. Williams gymnast in many years, according to Novgrod.

T.C. Williams will compete in the Conference 7 tournament at 6 p.m. on Friday, Jan. 31 at Lake Braddock.