Bravo presents 'Annie Kids' and 'Into the Woods Jr.'

Potomac — Give youngsters an opportunity to experience live theater by taking them to Bravo Productions of “Annie Kids” at the Randolph Road Theater. June 7 at 7:30 p.m. is the final class presentation of a 30-minute version with Orphan Annie. Free tickets to the performance are available at the box office 90 minutes before the show on a first-come, first-serve basis.

“Annie Kids” stars Ella Coulson as Annie with a cast of 27 other young actors in grades 1-6. Coulson is also cast as Amaryllis in Rockville Musical Theatre’s upcoming production of “The Music Man” in July. The show is choreographed by award-winning director/choreographer Darnell Morris, and the music is directed by Laura Brady.

The following weekend of June 13–15, six performances of “Into the Woods” will be presented by Bravo Productions. The Stephen Sondheim show includes well-known fairytale characters, Cinderella, Little Red Riding Hood, Jack (and his beanstalk) a Witch and the Baker Man and his Wife. All want a wish to come true as the narrator begins with “Once Upon a Time …”

The show will feature 20 individual characters. Darnell Morris is the director/choreographer who has created an artistic design especially for middle school children.

“Several of the female roles are double-cast because of the deep talent in the Bravo community and our commitment to instruct and feature as many young artists as possible. Bravo is delighted to welcome back Music Director Brigitte Franklin,” said Issembert. 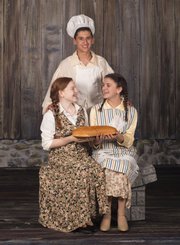 Josie Weinberg an 8th grade student at Herbert Hoover Middle School will play one of the Cinderellas. “‘Into the Woods’ is unique because it teaches many valuable lessons to children and parents alike about growing up, finding your purpose and making good decisions. I like playing Cinderella because she's different than the Cinderella we have all grown up with. She's feisty and funny and isn't sure she wants to accept the first prince that comes along,” she said. 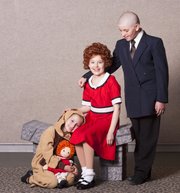 Ethan Miller, also a student at Hoover Middle School, has been with Bravo Productions since its founding. “This is my fourth year working under the direction of director Darnell Morris and producer Laurie Issembert. During each show I learn something new. My character is Cinderella’s Prince —- he has somewhat of an attitude. I like playing this part because it’s new for me. I have enjoyed working with the entire cast. I just finished working with Mr. Morris on ‘Les Miserables’ where I was double cast as Gavroche. Darnell Morris has taught me so much over the years about how to become my character so I can give my best performance,” he said.

Bravo Productions is a local theatre program for young artists that attracts talent from all around the D.C.-metropolitan area. The organization was founded by Issembert. She is currently developing projects for Broadway, Off-Broadway and abroad and divides her time between Washington and New York City. As the founder of Bravo, her first love is working with the students and seeing them develop.

The 2014-2015 season has already been announced and includes productions of “Hairspray Jr.” (grades 6 – high school) and “Aladdin Kids” (grades 1 – 6). Sign up Genius Links are available by logging on to the site with email bravo22bix@gmail.com. Bravo Productions is offering two complimentary fall audition workshops as well. For more information, visit www.bravoproductions.org.

“Into the Woods” will take place at Randolph Road Theatre, 4010 Randolph Road, Silver Spring. Tickets are $18 and may be purchased “pre-show” at www.showtix4u.com or $20 at the door (cash or check only.)