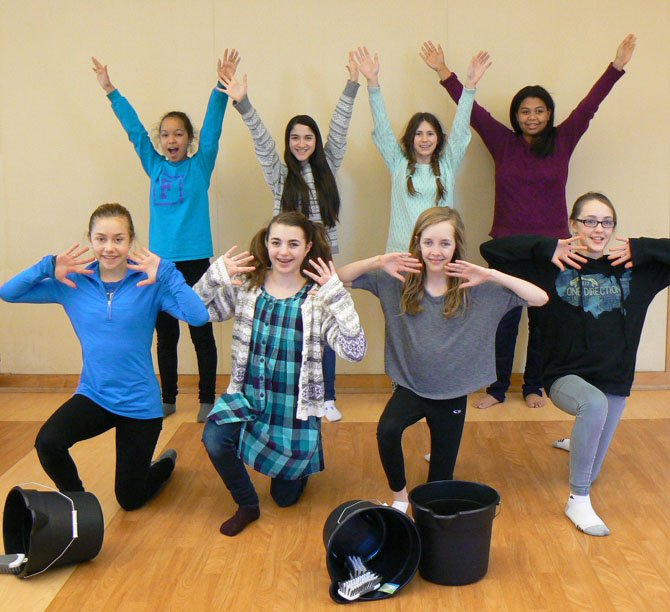 Middle School students at The Langley School will present the Broadway musical, "Annie," in three evening performances March 13-15 at 7:30 p.m. in the school’s Sherman Arts Center. Tickets may be purchased online at www.langleyschool.org for $8 each.

This popular musical production, based on the famous comic strip heroine, has charmed audiences throughout the world, earning seven Tony Awards including Best Musical. The rags-to-riches story opens in 1930s New York City, where Annie is living in an orphanage run by the cruel Miss Hannigan. Determined to find her real parents, Annie and her furry friend, Sandy, escape from the orphanage. After befriending billionaire Oliver Warbucks, she enlists his help to search for her parents, but eventually finds a permanent home – and a very happy ending – with Warbucks.

Accompanied by a live pit orchestra, Langley’s show includes 11 of the musical’s signature songs, including "Tomorrow," "Maybe," "Fully Dressed," and "Hard Knock Life." In addition to learning about life in the Depression era, the 31-member cast is also practicing New York dialects and learning complex choreography.

As with all of Langley’s Middle School productions, "Annie" is a student-run show, with students assisting with sound and lighting, overseeing the action as student directors, working on props, makeup, hair, and costume design, helping create sets, and assisting with scene changes and backstage operations.