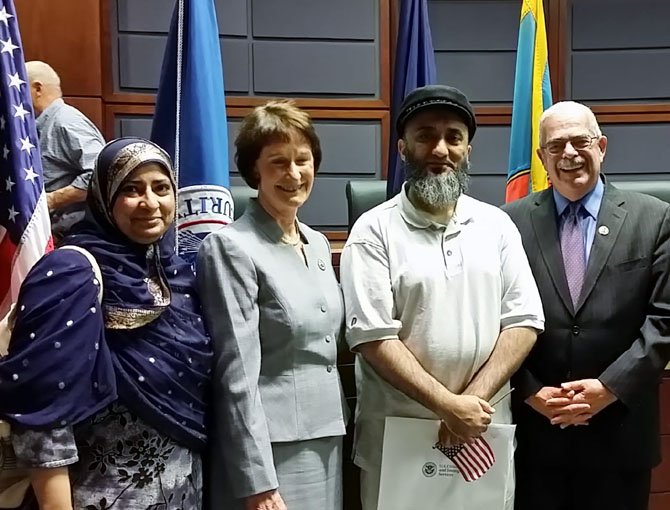 New American citizens started off their Memorial Day Weekend in a very patriotic way: celebrating their newfound American Citizenship through a naturalization ceremony. 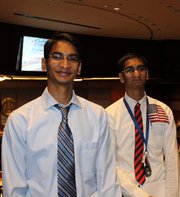 Rudra and Shourya Shevlikar of Springfield pose after participating in a naturalization ceremony on May 23.

After participating in a naturalization ceremony in which he recited the Pledge of Allegiance, sang patriotic songs and received a certificate from Fairfax County Supervisors and Representative Gerry Connolly, Springfield Resident Hanif Guliwala said he was feeling very emotional.

“I am from India so democracy is not new to me but what is different in the USA is that it is largely a corrupt-free society where one has the same opportunity as one's neighbor in pursuing one's dream and happiness,” Guliwala said. “This is what makes this nation great and someone like me happy to be a part of it.”

Guliwala was among 100 new citizens who participated in the Sixth Naturalization Ceremony of the Fairfax County Asian American History Project. His wife, Jaheda, joined him.

The naturalization ceremony was held in celebration of Asian American Heritage Month, which takes place in May, although new citizens of several countries of origins were recognized at the ceremony.

“I am just so excited,” said Shourya, a student at Lee High School. “I’m super happy, that’s all I can say.”

“I am proud to become an American,” he said.

Foust led the 100 new Americans in an emotional recitation of the Pledge of Allegiance, their first as American citizens.

Citizens also participated in a heart-felt singing of “God Bless the USA (Proud to be an American)” and were welcomed as new citizens with a video by no other than President Barack Obama.