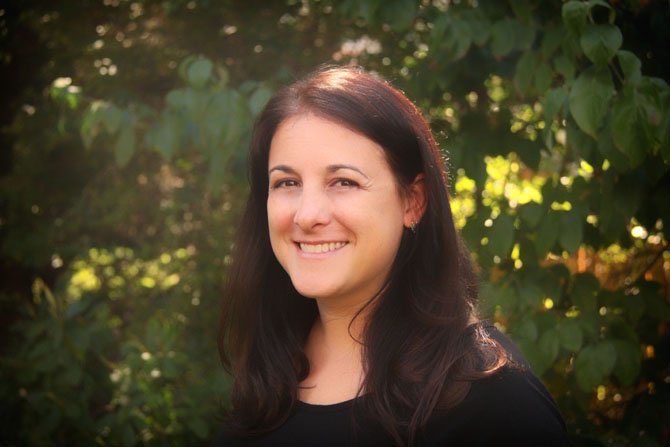 Centreville High School English teacher Bethany Masone Harar will be signing copies of her debut young adult novel “Voices of the Sea” on Saturday, Sept. 27, at the Fair Lakes Barnes and Noble at 12193 Fair Lakes Promenade Dr, Fairfax, from 1-4 p.m.

The novel follows a young teenager named Loralei Reines, a mythological Siren, living in Pacific Grove, Calif. She must defend the Sirens against the Sons of Orpheus, who seek to eliminate all Sirens from the Earth. Along the way, she learns how to utilize her power and falls for a human boy named Ryan.

Harar draws her inspiration for stories from daily life. For “Voices of the Sea,” her inspiration came from a dream she had of a young woman bathing her feet in the sea while having a conversation with the ocean.

During that time, she was teaching “The Odyssey” to her ninth grade students. After she woke up, she decided to put the two ideas together and create a novel.

“I have always found Greek mythology to be fascinating, and particularly love the different creatures and monsters,” Harar said.

The first step in developing the concept in her dream into a story began with researching Sirens.

Next she had to create rules about how the Sirens would exist in her novel since in Greek mythology, the Sirens cast themselves into the sea after Orpheus overcame their song with his lyre.

Unlike with her other novels where the endings developed as she wrote them, she couldn’t decide which direction she wanted to take the story.

“One day, about eight months after I’d stopped, an idea struck me, and I was able to finish the book,” she said.

Two years later, “Voices of the Sea” was released.

Harar is delighted that her novel has received such positive feedback from the public. “It is both exhilarating and scary to see students reading my novel. The other day, a student I didn’t know approached me and said, ‘Are you the teacher who wrote the book everyone is walking around with?’ I’d be lying if I said that didn’t make me wildly happy,” she said.

She hopes that young readers will not only enjoy the supernatural aspects of “Voices of the Sea” but also see themselves in the characters. “I hope my readers will learn that all people have secrets, and while some are bad, most are amazing. I hope they learn the importance of listening to their heart, and I hope they lose themselves in what I think is an amazing romance between two characters,” she said.

Harar has been writing since high school, however, she lacked the confidence to publish her other works until she heard author Neil Gaiman speak at the National Book Festival in D.C. in 2008.

She advises young writers to develop a passion for reading and that they “should be ready to edit more than they ever dreamed possible” and not to get discouraged by rejection letters.

“I can’t tell you how many times I edited “Voices of the Sea” and it still required almost four months of edits after it was picked up by a publisher,” she said.

Harar helped organize the Writers’ Conference at Centreville High School. Professional authors spend a day working with the students and giving feedback on their writing

Besides the book signing this Saturday, the author is also participating in a fund-raising night event for Centreville High in November and a book club event in October at the Fair Lakes Barnes and Noble.

Currently, Harar is working on another novel, a young adult spin on the “Stepford Wives.”

“Count on something dark, edgy and thrilling with a small touch of the paranormal,” she said.

In addition to reading and writing, she enjoys watching cheesy made-for-TV horror movies and hanging out with her children, Jillian and Joseph. In addition, Harar and her husband, Mike, write sitcom pilots with another couple.

Growing up, Harar’s family moved around the country frequently until her family finally settled in Centreville when her father started working for the Secret Service and she entered high school.

After she married, she briefly spent some time in Richmond. Eventually, Harar and her family made their way back to Centreville.

She fell in love with the area all over again. Her favorite local restaurant is Main Street Pub in Clifton and she also likes Red Rocks Cafe in Centreville.

Harar has a master’s degree in Secondary English Education from Virginia Commonwealth University and a bachelor’s degree in English and a minor in Educational Technology from James Madison University. For the past six years, she has taught at Dominion High School in Loudoun County, Annandale High School and Centreville High School.

More information on Harar’s writings can be found at www.bethanymasoneharar.com or through her Facebook page, https://www.facebook.com/bethanyhararauthor.