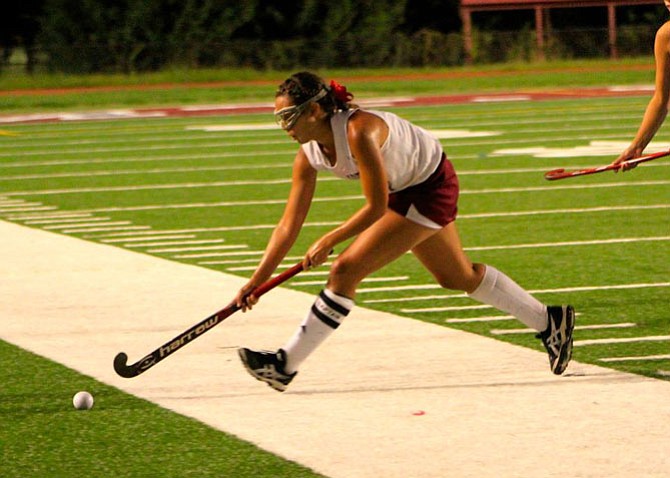 When Mount Vernon’s Jessica Miller was younger, she dreamed about a day when she could compete in college sports. However, up until her sophomore year of high school, she’d never thought that she would be playing Division I field hockey.

“I have been interested in collegiate sports since I was very young; however, my family, friends, and I always thought it would be for soccer,” Miller wrote in an email. “I knew I was interested in playing field hockey in college at the end of my sophomore year when I was chosen to represent Virginia in the National Futures Championship.”

The National Futures Championship is an annual event hosted by Team USA to help elite players refine their skills and garner interest from collegiate coaches. Miller, who received feedback from multiple coaches, verbally committed to Old Dominion University (ODU) in June, becoming the first field hockey player from Mount Vernon to commit to play at the Division I level in quite some time.

“It's very exciting for me to be able to make a Division I field hockey team. It has been a goal of mine, and I'm excited to be able to represent Mount Vernon High School,” Miller wrote. “I am really looking forward to the high level of play and learning from the coaching staff. I have always done well when I am being pushed. I am very competitive and I want to succeed. I still have a lot of work to do regarding my skill and I'm ready to work for my spot on the field.”

As a freshman, sophomore, and junior, Miller served as a captain of Mount Vernon’s varsity soccer team. After playing soccer for 12 years, and only picking up field hockey once she got to high school, Miller decided to channel her energy into her field hockey career and make soccer her secondary sport.

“My sophomore year, I decided to quit my club soccer team and do the Futures field hockey training,” Miller wrote. “After that I knew field hockey would be my main sport. I ... just got tired of [soccer].”Miller will not return to the school’s soccer program this spring.

“The recruiting process is not a fun process to say the least,” Miller wrote. “There were many weekends that I would wake up at 4:30 a.m. and have to be down in Virginia Beach by 8:45 a.m. and have a weekend of training for 14 hours. Many college coaches go to the tournaments to scout. One week a coach will email you and then the next week they won't. It is a very frustrating process.”

Miller’s coach was able to provide a letter of recommendation to the coaches at ODU, which helped Miller get the attention she needed.

“Coach [Jessica] Edwards inspires me to do my best because she has believed in me from the start,” Miller wrote. “She has put so much time and effort into me and the rest of the team every season and I don't want to let her down.”