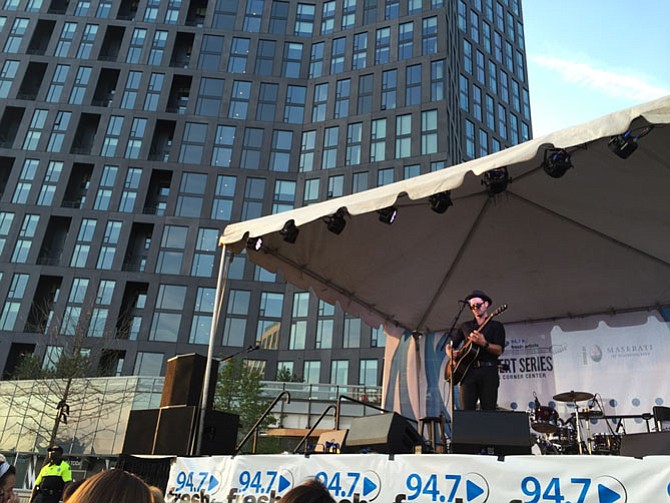 Fans of all ages gathered on the Tysons Corner Plaza last Friday for good music, laughs and stunning views of the sunset. Originally a member of “The Mickey Mouse Club,” Tony Lucca opened the night with soulful acoustic numbers such as “Pretty Things” and “Fight Song.” From personal anecdotes of honky-tonks he performed at in Nashville to his time on the second season of “The Voice” in 2012 (Team Adam!), Lucca made his performance intimate and fun.

ZZ Ward came on shortly after, striding the stage in a matching cheetah blazer and shorts, topped off with a black hat. Citing Etta James as one of her muses, her velvety voice and enthusiastic band could be described as Amy Winehouse meets Eric Clapton. The description is fitting, seeing she performed briefly with Eric Clapton on tour, alongside other famous venues such as Bonnaroo and Coachella. Many could be seen singing along to her popular songs, such as “Love 3X”, “Put the Gun Down”, and “365 Days,” closing the night post-sunset with an encore/dance party.