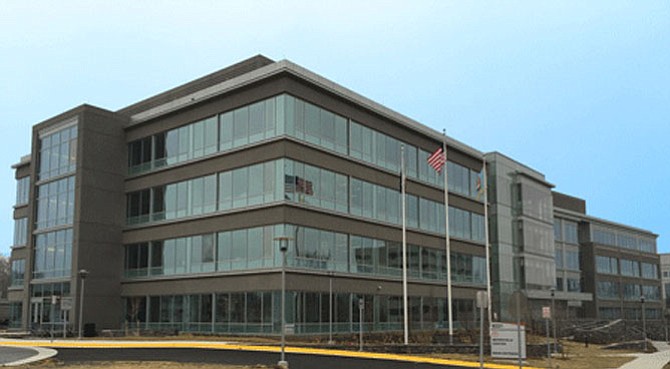 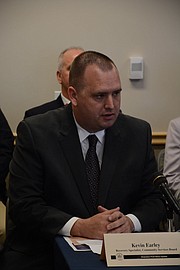 Fairfax-Falls Church Community Services Board Recovery Specialist Kevin Earley lives with bipolar disorder and is thankful to diversion for the way he was treated during his last mental illness episode.

Kevin Earley said he’s living proof that Diversion First works. Earley has been living with bipolar disorder and had his last episode in 2007. “I was tasered, I broke the law and endangered myself,” he said.

Earley was picked up by a Fairfax County Police officer who had received Crisis Intervention Team training and driven to the hospital, not the adult detention center.

Earley said the officer spoke with a calm tone and “treated me with dignity and respect. The smallest gesture can mean the world.”

He was linked with a case manager “who loved and cared for me,” and he also benefitted from other psychological and family support.

“I was sick and needed help, support, not jail time,” Earley said. “It shouldn’t be a crime to live with mental illness.”

Now Earley works as a recovery specialist with the Fairfax-Falls Church Community Services Board. He spoke to a room full of reporters and supporters on Feb. 11 at the CSB Merrifield Crisis Response Center, a Fairfax County-owned facility for mental illness treatment services located off Gallows Road in Fairfax.

Lt. Ryan Morgan (left) with the Fairfax County Police Department works full-time at the Merrifield Center to oversee the work of a police officer and Sheriff’s deputy who take custody of individuals with mental illness from patrol officers. (Right) Deputy Derrick Ledford, the Crisis Intervention Team agency representative for the Sheriff’s office, shows how officers monitor calls coming into the Center and can be prepared with a plan of how to respond before the individuals arrive.

THAT DAY a panel of government leaders explained the new program Diversion First, the main goal of which is to prevent people with mental illness from unnecessarily filling up the jail. To create more success stories like Earley’s.

Fairfax County Sheriff Stacey Kincaid said about 40 percent of the jail’s inmate population has mental illness. “It used to be something taboo for people to talk about or report,” she said.

After an intensive study of the mental health program in place through the Sheriff’s office in Bexar County, Texas, Kincaid said her office has been making changes such as the relocation of women with mental illness to a separate housing area and change in release time to 8 a.m.

Kincaid also commented that the Diversion First program was “quite a bit” in reaction to the in-custody death of Natasha McKenna just over one year ago. Video was released of McKenna, an African American woman with mental illness, being tased numerous times by Fairfax County deputies while she struggled during an effort to transport her to Alexandria City jail.

Prior to Diversion First, deputies might bring an individual with mental illness to the CSB for evaluation or treatment, but then be responsible for waiting with them, sometimes for many hours, until they could be seen.

Now, a deputy and police officer will be stationed at the Merrifield Center for 21.5 hours every day for other officers and deputies to hand of custody and then return to duty.

“The officers love this, the morale is good,” said Fairfax County Chief of Police Edwin Roessler. “We do have gaps” in policing, he said, “especially where we serve those with mental health episodes. The majority of our use of force incidents are with those suffering mental health crisis.”

For their part in Diversion First, Roessler has also been working towards getting 100 percent of officers trained in Crisis Intervention Team. This year, 176 officers have already received the training, he said. CIT is a Commonwealth of Virginia-certified program that teaches officers about what it’s like to live with mental illness as well as procedures for de-escalating critical episodes both in the field and jail.

“This is a great first start,” he said. The police are also implementing a new Critical Decision-Making Model based on policing in Scotland, the Chief said, and are the first department in the country to do so.

The model is “the backbone of CIT,” said Roessler. “The goal is to preserve the sanctity of human life.”

In the first month of implementing Diversion First (Jan. 1-31), Roessler said field officers have conducted 265 mental health investigations. Of those, 40 percent involved the Merrifield Center and 39 percent had participation from a CIT-certified officer or officers.

Once an individual with mental illness arrives at the CSB Merrifield Center, either under their own power or in custody, they check in, undergo a preliminary interview and psychological and medical evaluation. From there, CSB staffers determine whether treatment or further transport to the hospital is necessary.

Roessler said Diversion First isn’t meant as pass from jail for serious offenders, or violent crimes. But empowered by Diversion First, officers may use their discretion in determining lawlessness. 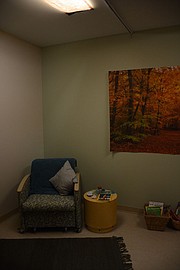 Before individuals are directed to evaluation or treatment, they may spend time in a “calming room” to cool down from their episode or any negative reaction to being transported to the Merrifield Center.

IF JAIL AND HOSPITAL are ruled out for the individual, a problem currently being tackled by the General Assembly is housing. The local psychiatric hospital in Fairfax County is the Northern Virginia Mental Health Institute in Falls Church on the INOVA campus, with 123 beds.

Those include emergency psychiatric beds, involuntary beds and forensic beds, said Tisha Deeghan, Executive Director of the CSB. Deeghan said it’s a statewide problem that facilities such as the Institute in Falls Church don’t have the capacity to handle all the referrals.

“We’re working in Richmond to resolve it,” she said. Absent room in Falls Church, officers or deputies then try taking the individual to another facility outside of northern Virginia.

“It’s the right thing to do,” said Board of Supervisors Chairman Sharon Bulova, who explained there’s a three-to-five-year funding mechanism in place increase the capacity and services of the CSB. “There’s savings in having someone not live in jail, but receive services and continue to live in the community.”