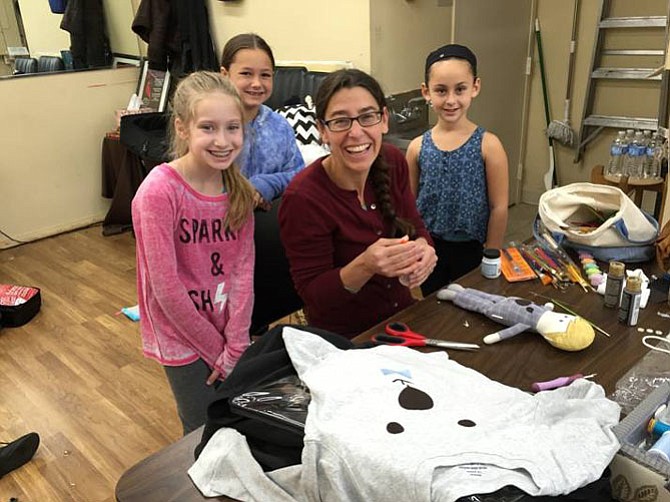 Peter, Pan, Wendy, John, Tinker Bell, the Lost Boys, Tiger Lily and definitely the notably evil Captain Hook will be “flying into” the Randolph Road Theatre on Jan. 16 and 17 to entertain youngsters and their families. The story of Peter Pan, the ageless boy, and his friends Wendy and Michael has charmed millions of children and adults since 1904 when Sir James Matthew Barrie wrote “Peter Pan, or The Boy Who Wouldn’t Grow up.”

BRAVO Productions will be presenting Peter Pan, Jr. with a cast of 29 young stars. The performance will include puppets and other “special flying effects.” BRAVO Productions, a local theatre program for young artists, attracts talent from thoughput the D.C. metropolitan area. The organization was founded by Laurie Issembert, whose first love is “working with the students and seeing them develop.”

This production has become a family affair in several ways. Issembert has enlisted the help of her daughter to serve as assistant director. ““My daughter Valerie Issembert starred as Peter Pan in 2007 in a highly-acclaimed production of the classic tale when the former Musical Theater Center staged it at the Fitzgerald Theatre in Rockville. She is now serving as assistant director and enjoying the children and production as much as I do,” she said. 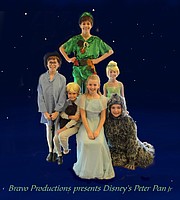 Not only is the directorship a family affair, but altering and fitting the costumes is a labor of love for Sharon Alexander, whose daughters will be performing in the production. Twelve-year-old Zoé is playing the role of Peter Pan, and her eight-year-old sister Izzy will be Michael Darling.

Besides her day job as administrative judge, Alexander is an actress who has appeared in several local productions, including “The Music Man” for Rockville Musical Theatre and “Les Miserables” at the Kensington Arts Theatre. She was also in productions as a student as well as when she served overseas in the U.S. Army. Her parents were in the upholstery business, and, having grown up around fabrics and sewing machines, she thoroughly enjoys helping to fit and develop costumes for the children.

“Amazingly, we are using some of the costumes for this production that my own mother made for me from left-over upholstery fabric,” she said. “I kept them because they were so beautiful and well-made. I get such joy from passing them down and seeing them on-stage in another production. It’s magical.”

Her daughters are enjoying performing in the production. Zoé said, “Being in ‘Peter Pan’ is hard work, but it’s really fun when everything comes together. It’s amazing.”

Izzy said, “It’s really fun but hard work to memorize the lines. I enjoy playing Michael, since he’s one of the main characters.” Neither minds playing a male part. Their mom says they are both involved in wrestling so they love having a chance to be a boy. She said, “It is just a blast to watch theater run in the family. My dream is that one day, I will have a chance to perform on-stage with my daughters in a production.”

“Peter Pan, Jr.” will hold four performances at the Randolph Road Theater, 4010 Randolph Road, Silver Spring. Performances will be at 4 p.m. and 7:30 p.m. on both Saturday and Sunday. Tickets are $19 online and $22 at the door. For more information, go to www.bravoproductions.org.