Burke, Fairfax Station, Springfield and Mount Vernon: Suds That Save

20 local breweries craft a beer to support one of their own. 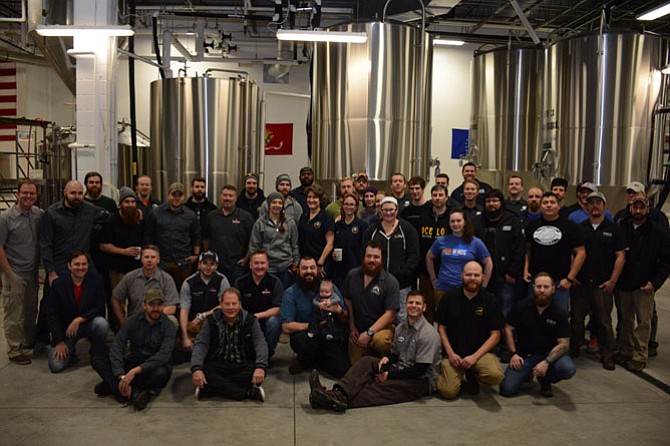 Lawrence “Lance” Rose was born in September 2015, two months premature, to parents Matt and Kerri Rose of Alexandria. Just one month before, Kerri had been diagnosed with stage-four adenocarcinoma: stomach cancer.

After learning of her pregnancy in June, Kerri Rose began to have severe acid reflux. Though not uncommon for pregnant women, she lost her appetite and became increasingly weaker over the next month. At a prenatal check, a blood panel showed that her hemoglobin level was dangerously low. 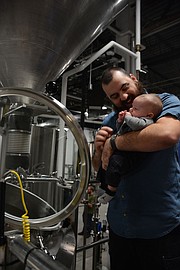 A blood specialist gave the Roses Kerri’s cancer diagnosis following a biopsy of a lump on her clavicle. Using an endoscope, doctors located an eight-centimeter tumor in her stomach. They decided to induce labor early and begin chemotherapy within weeks of Lance’s birth.

Kerri Rose’s short- and long-term disability plans through her employer provided some help, but didn’t cover her lost wages for time missed due to hospital stays.

Chemotherapy has already been stopped in favor of going forward with immunotherapy, Matt Rose said. Kerri Rose has spent the last month in Virginia Hospital Center in Arlington and is currently in the Intensive Care Unit. The couple is considering traveling to the University of Pennsylvania for more advanced and experimental treatments there.

To help with the increasing costs of treatment and recovery, Kerri Rose set up a Go Fund Me Page. That’s when the community of local beer brewers got involved.

Matt and Kerri Rose are owners of Forge Brew Works, a Belgian style-focused microbrewery in Lorton. When fellow Lorton-based brewers Casey Jones of Falls Church and Charlie Buettner of Burke found out what was going on with Kerri, they thought immediately, “What could we do to help out?” Jones said.

“As brewers, we have zero dollars,” said Buettner. 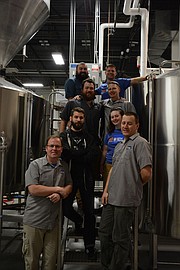 Brewery teams from Fair Winds Brewing Company and Forge Brew Works, both based in Lorton, collaborated to create “Kerri’s Cure” on Jan. 7.

“But brewers have the infrastructure to make and sell beer,” Jones said.

So the two, who will celebrate the one-year anniversary of their 4,000 barrel brewery in March, contacted their local representative from the Virginia Department of Alcoholic Beverage Control. They got the go-ahead to brew a special beer, the proceeds from which could be donated to Matt and Kerri.

Immediately they put the call out to other local brewers. “We wanted get the brewing community together, do something together,” said Jones. “And the emails came back so quickly.”

With malted grains donated from BSG Craftbrewing, yeast from Old Ox Brewery in Ashburn and all other raw materials for the beer contributed for free, Jones said they’re able to keep costs to the participating breweries relatively low and give 100 percent of the beer’s sales back to the Roses.

With about 30 barrels planned for production, Jones expects sales to be about $25,000.

More than 50 representatives from 20 different breweries came out to Fair Winds the morning of Jan. 7 to help give the essential ingredients their send-off into fermentation. Among them was Josh Moon of Manassas, head brewer of veteran-owned Heritage Brewing Company.

“We’re a small community and have to look out for each other,” said the seven-year U.S. Army vet. “When we have a brother in need, we come help.”

“Kerri’s Cure” is the name of the special beer, crafted as a Belgian-style Pale Ale. Matt Rose said it should emerge dry and very hoppy with tropical spice notes, thanks both to Saaz and Citra hops, table sugar and rochefort yeast for “a little Belgian funk.”

The beer will spend a short 11 days fermenting before heading out in rations to each of the participating breweries. It’s scheduled for release on Jan. 29.

Matt Rose blessed the mash tun, an early stage of the brewing, surveying the interior of the large, stainless steel tank with Lance in his arms.

“It’s all been a fairly overwhelming experience,” he said. “People have been entirely too nice. It’s a tough situation made better, with this many people thinking about you.” 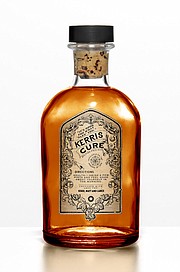 Though “Kerri’s Cure” Belgian Pale Ale will only be released in taprooms out of kegs, the Forge team created a commemorative image to raise awareness of the effort.

When the couple first heard about the brewers’ project, Matt Rose said Kerri sat down and started crying.

“People are so giving with their time and effort,” he said.

In addition to Fair Winds and Forge, the full list of brewers includes:

“Kerri’s Cure” is scheduled to be released in each of the participating breweries on Jan. 29. Kerri’s Go Fund Me page where she’s posted about her experience is online at www.gofundme.com/daywalker. For more information on Fair Winds Brewing Company and “Kerri’s Cure,” visit www.fairwindsbrewing.com.