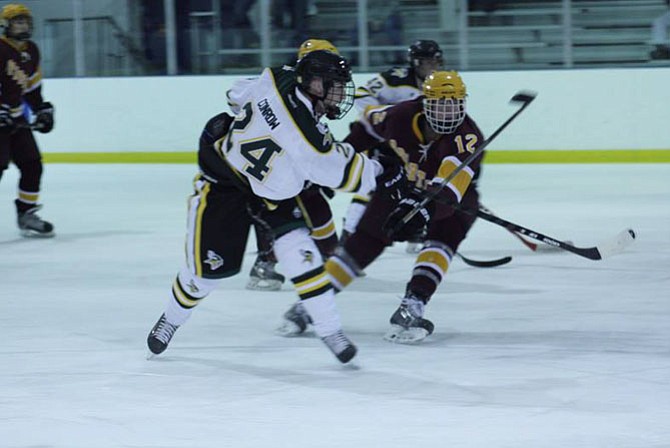 Langley added one more goal to end the period with a 4-2 lead. Langley scored two more goals in the second period, with goals by Chris Weiss and Wyatt Conrow to bring the score to 6-2. In the third period, Langley struck again with Chris Weiss’ fourth goal and a power play goal by Jason Guidi (his second of the game) on which Wyatt Conrow and goalie JT Gorman were credited with assists. In addition to his contribution to the scoring effort, JT Gorman worked between the pipes for the Saxons and came up with several key saves during the game.