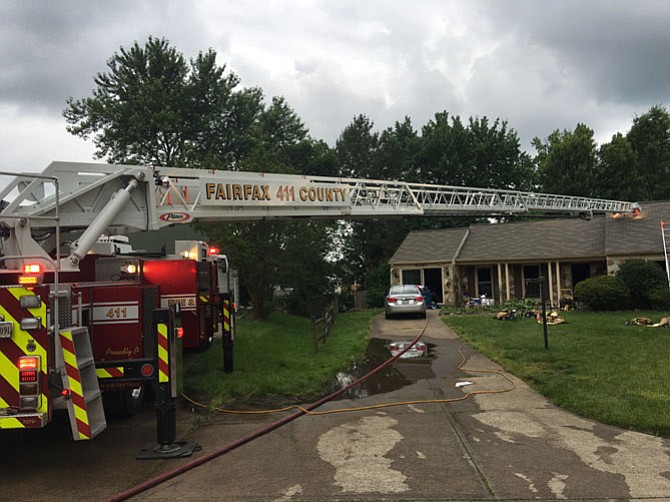 The Fairfax County Fire and Rescue Department responded to the 4300 block of Rock Creek Road for reports of a house fire on Monday, May 30 at 4:16 p.m. Upon arrival, units observed a single-family home with an active fire in the basement. A second alarm was sounded bringing more than 60 firefighters to the scene. Total property loss is valued at $85,000. There were no civilian or firefighter injuries. No one was home at the time of the fire. The house had working smoke alarms. Three adults and two juveniles have been displaced and are receiving assistance from the Red Cross. An investigation revealed the fire originated within the ceiling between the basement and first floor. The most probable cause was an electrical event involving a wiring bundle originating from the electric service panel and running to the home’s kitchen.