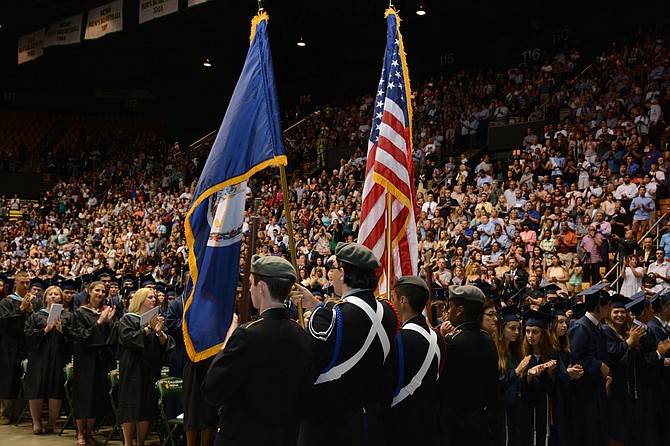 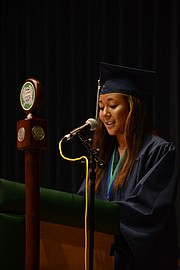 What is your favorite high school memory? 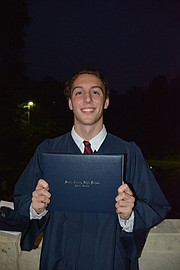 Brandon Fabian plans to attend Virginia Tech as a swimmer and study finance and cinema. “Anything to do with the swim team, especially going to the state championship meet my sophomore year.” 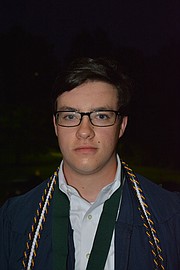 Jack Loss plans to attend the College of William & Mary and study mathematics and business. “Graduating. It’s the last time I’ll see a lot of these people.” 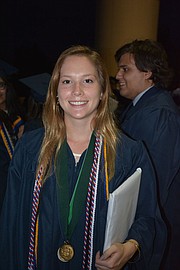 Maggie Pionzio plans to attend Dartmouth College as a diver and study biomedical engineering. “Being on the swim and dive team. I loved the dinners after meets, where it was fun to relax with my friends.” 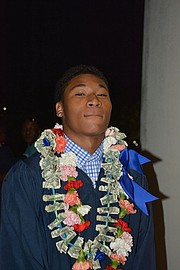 Khaloney Barrie plans to attend Alderson Broaddus University as a football player and study business marketing. “Beating Lake Braddock in the last game of the season.”

South County High School senior class president Taylor Berry lamented in her commencement address that little did she and her classmates know their secondary education would go by so quickly.

The value of that time, she said, wouldn’t be measured “in periods, semesters or years, but by the friendships we’ve made and the time spent together.”

Honor graduate speaker Joseph Mancusi echoed Berry’s sentiment, adding that each graduate must be proud not only of their own hard work to achieve this level of success, but also their friends and family who have supported them.

“We stand on the shoulders of giants,” Mancusi said, knowingly breaking his stated intent to “avoid graduation speech clichés.”

“Let us be the generation to move beyond our wildest imagination,” he continued, “and recognize the people who have guided us along the way.”

In his remarks, Principal Matt Ragone (completing his first full academic year as head of the school) complimented the seniors as being among “the most generous, peaceful, human generations in history.”

That is, even though they send too many text messages, grossly overuse the word “like” and throw around the word “literally” with reckless abandon.

Ragone placed blame for broken aspects of the world on previous generations. But, he said, “you have the opportunity, the technology, the courage to fix it even faster.”

Keynote speaker Richard Haley, chief financial officer for the FBI, also congratulated the class of graduates on their embracing new technology in school.

He further encouraged them to be courageous, questioning and critical thinkers. To communicate that message he told the story of an experiment in Boston involving monkeys in a room with a ladder, bananas and jets of water.

The monkeys learned quickly that climbing the ladder to reach the bananas would result in a cold water spray. As new monkeys replaced existing ones in the room, those who knew the consequences would hold the newcomers back from attempting a banana climb.

Haley suggested to the South County graduates that in life there will always be people like the socialized monkeys “trying to pull you down,” saying the system doesn’t allow this or that.

Following the presentation of the Class of 2016 and turning of mortarboard tassels, retiring teacher Gerald Pannoni led the recession, as he did the procession, carrying South County’s ceremonial mace.

The school band played them out with a performance of “Sine Nomine” by Ralph Vaughn Williams, arranged by Ed Huckeby.