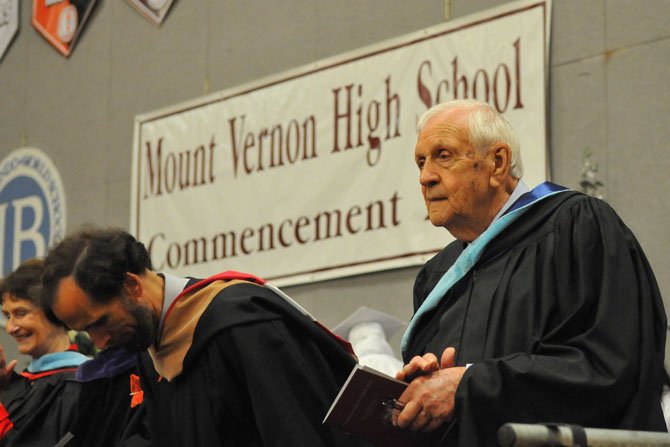 Skinner was as well-known fixture at Mount Vernon High School between 1955 and 1983, where he taught history, coached basketball and was served as subschool principal.

Storck expressed his “great sadness” after hearing the news. He described Skinner as someone who was always communicating, trying to improve Mount Vernon schools and individuals’ lives in general.

“I think everyone in the community received a call from him at some point,” Storck said.

In a statement on his Facebook page, state Sen. Scott Surovell (D-36) called Skinner “a great guy and community institution.”

“As of this year, he had attended nearly 60 graduations,” Surovell wrote. “No one cared more about MVHS than Mike. We always sat next to each other at graduation and I'll miss seeing him this June.”

In lieu of flowers, contributions may be made to the Washington Farm United Methodist Church, 3921 Old Mill Rd., Alexandria, VA, 22309; Shepherd University; or the Mt. Vernon High School Athletics Department.