Designer thinks outside the proverbial box. 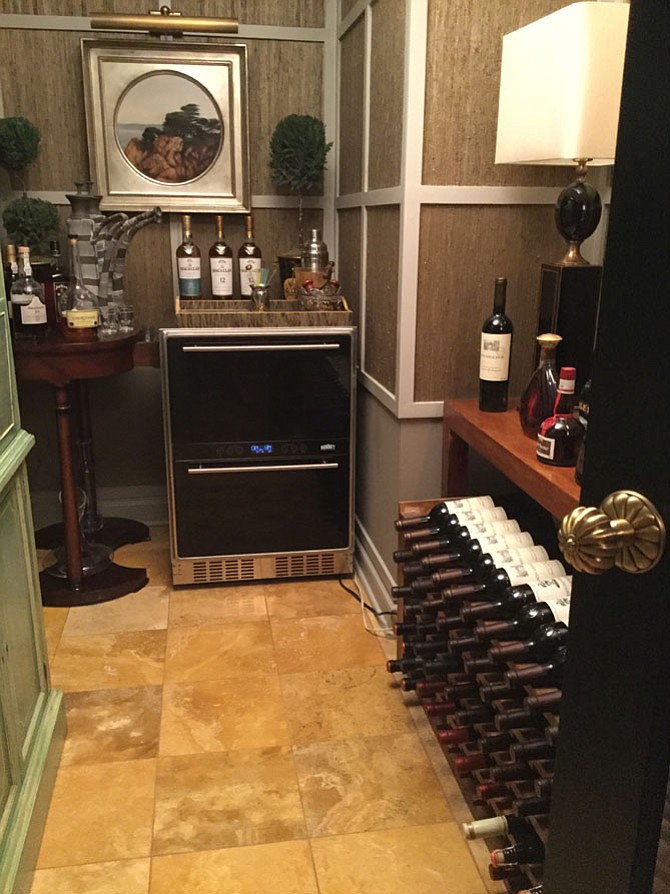 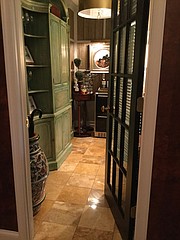 Joe Van Goethem painted the French door of his wine cellar with "Pitch Black" by Farrow & Ball. He hung wood blinds on the door to match those on the other French doors in other parts of his house.

“My advice to homeowners is to embrace spaces within their homes as if they were never assigned.” — Joe Van Goethem of Joseph Van Goethem Interior Design

A local interior designer believes in thinking outside the box when it comes to making the best use of space in one’s home.

“My advice to homeowners is to embrace spaces within their homes as if they were never assigned,” said Joe Van Goethem of Joseph Van Goethem Interior Design in McLean. “Depending on location, a space previously designated as a walk-in closet can be purposefully transformed into an intimate guest bedroom, home office, or multipurpose wine cellar and bar.”

Van Goethem followed his own advice when he transformed a walk-in foyer closet in his home into a multipurpose wine cellar, complete with a wine refrigerator, beer cooler, ice maker and cigar humidor. “Why a walk-in closet if it’s seldom used, and only to become an open invitation for hidden clutter?” he asked. “Envision new, functional possibilities for every space within your home.”

Van Goethem, who not only designed the space, but also completed the construction himself, believes that “playing with scale and attention to every detail are key when considering the transformation of a confined space such as a walk-in closet,” he said. “[The] closet had a nondescript narrow solid door, glued-down wood veneer floor, shelving and hanging rods, and one light fixture.”

In finishing the project, Van Goethem widened the door framing to accommodate a new French door and added storage space for a concealed television. He also installed an intercom to allow those in the cellar to communicate with those in the kitchen.

“I ripped up the old floor [and replaced it] with Spanish marble tile flooring,” he said. “I added a baseboard and crown moulding, and created a grid of moulding on the walls which I painted with Farrow & Ball’s Purbeck Stone. I installed Extra Fine Arrowroot Grasscloth hand crafted wallcovering by Phillip Jeffries within the recesses of the grid.”

Van Goethem said his goal was to make the design of the new cellar consistent with the aestheticS of the rest of his home. The space includes a large drum light fixture and side lamps. An oversized cabinet holds the stemware and barware. He added a commissioned seascape painting by California artist Jonathan Koch and modern teapots by Washington, D.C. ceramicist Joe Hicks.

“Details are important in design, but they are everything … when transforming a small space like the repurposing of a walk-in closet,” said Van Goethem.