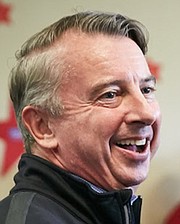 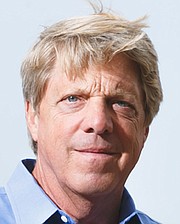 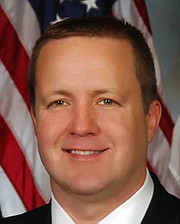 • $100,000 from Dwight Schar, a McLean-based homebuilder with NVR Homes

• $205,000 from Wagner’s Senate campaign committee, funded in part by the Virginia Senate Republican Caucus and the Republican Party of Virginia

You know that old saying that nothing is certain in life but death and taxes? Here in Virginia, there’s another certainty: Every year is an election year.

This year features a primary fight between three Republicans running for governor, each with his own separate and distinct tax plan.

“Well this is really more of a conversation than Republicans usually have about taxes,” said Stephen Farnsworth is a professor at the University of Mary Washington. "You have a candidate willing to increase taxes, a candidate willing to abolish the income tax and then, I guess, the Goldilocks plan, which is in the middle.”

The Goldilocks in this campaign is former Republican National Committee Chairman Ed Gillespie. Back in March, he outlined a proposal that would lower the state income tax rate on people who make more than $17,000 a year from 5.75 percent to 5.15 percent. For someone making more than $60,000 a year, that would mean about $400 less in taxes a year. Gillespie’s proposal relies on revenue growth rather than spending cuts to pay for the tax cuts.

“Our rates were set in 1972,” said Gillespie during the one and only debate of the primary season. "They have not come down in 45 years, and other states around us have been moving.”

The idea is classically Republican: cut taxes and predict that will turbo charge the economy, creating jobs in the process. It’s the kind of trickle-down economics that fueled the rise of President Ronald Reagan back in the 1980s. Gillespie is selling the tax cut plan as a clean break from the last four years of Democratic leadership in the Executive Mansion, a move to the center right for a state that’s sharply divided.

“It would also result in hard-working Virginians who have had stagnant wages but rising costs over the past three, four, five years when our economy has been stagnant having nearly $1,300 more in our pockets to spend as we see fit.”

ONE IDEA that’s not classically Republican is raising taxes. But that’s what state Sen. Frank Wagner (R-7) wants to do with the gas tax. He’s proposing a plan that would raise the gas tax in an effort to raise money for building roads while avoiding high-cost tolls that have become prevalent in Northern Virginia and Hampton Roads.

“I can’t remember a Republican candidate for statewide office in Virginia running on a tax increase,” said Quentin Kidd, a political science professor at Christopher Newport University. “And there probably aren’t a dozen nationally in the last decade or two decades who have run on a tax increase like Frank Wagner is right now.”

Meanwhile, Wagner is suspicious of Gillespie’s tax proposal. Specifically he’s critical of how it’s been sold. For example, Gillespie’s plan would save $1,300 a year for families that make more than $100,000 a year. But that’s well under the median household income in Virginia, which is $65,000. On the campaign trail, Wagner has attacked Gillespie’s plan as an irresponsible giveaway to the rich — one that isn’t rooted in experience in government.

“Let me tell you something,” Wagner said during the debate. "It’s easy to say that when you’re sitting here and you’ve never been in state government.”

“We have an $18 billion deficit in the Virginia Retirement System. We have a Rainy Day Fund for a recession that should be at $2.4 billion. It’s down to less than $300 million right now.”

REPUBLICANS USUALLY run on cutting taxes. And although Gillespie has a moderate plan for cutting taxes, another candidate in the race has an extreme proposal, one that some Republicans are calling unworkable. Prince William County Board of Supervisors Chairman Corey Stewart wants to eliminate the income tax.

“Virginia hasn’t had a significant surplus in revenues, unanticipated unaccounted for revenues, in 10 years,” said Stewart during the televised debate. "Ed’s plan is completely dependent on that. It hasn’t happened. It’s a charade.”

Stewart's solution? Ask state departments to identify how they would slash their budgets 30 percent, and then use those cuts as a menu to reduce spending.

Within a decade, Stewart says, the income tax would be eliminated altogether.

“That’s wishful thinking,” said Republican strategist Dan Scandling. "That’s not going to happen because what are you going to replace it with? Are you going to do something on property taxes and push it all onto the localities? I don’t think that’s going to go over very well.”