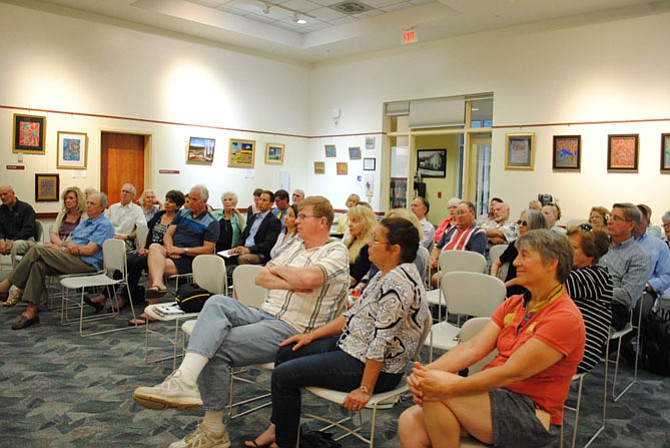 Great Falls Citizens Association members and non-members both attended the town hall meeting to be informed about the community projects. 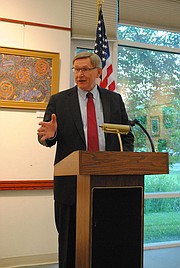 Supervisor John Foust (D-Dranesville) gave people who attended the meeting a chance to ask questions about concerns they had.

The greatest concern from the community seemed to be the issues of traffic and roadwork. The back up at the Great Falls Park intersection located at Old Dominion and Georgetown Pike caused a stir. The GFCA has held multiple meetings with police and park services with no resolution. They have asked for police presence to monitor the traffic but that could not be fulfilled due to budget constraints.

Community members were informed about the widening of the Route 7 project. There will be three lanes in both directions with 10 feet of shared path on each side for pedestrians and bikers. The GFCA will work with VDOT and asked for community input into the $34 million project.

GFCA President, Bill Canis, let the community know that the Long Range Planning committee has been working with a group of trail blazers, led by Julie Ben-Achour, to try and connect the walking paths throughout Great Falls to benefit the community. They have developed guidelines about surface, aesthetics, and other issues that Great Falls had not developed before.

Supervisor John Foust (D-Dranesville) came to discuss the county’s past fiscal year and to answer questions that community members had. Foust said that last year, they were able to push through a teacher pay increase, but class sizes did increase as well. They had a three year plan to get pay up to market salaries, but will have to expand to a five year plan because of the budget. Plans for the upcoming fiscal year will be made by looking at everything they have done this past year to see how they can be more effective. The proposed budget for 2018 was approved, without raising the tax rate, unlike last year.

Foust also said that the Great Falls Grange will be turned over to the community, becoming a community center. He said that it will most likely be happening in late fall of this year.

The GFCA held voting for new members before the meeting. It was announced that the entire slate was elected including Bill Canis as President, Phil Pifer as Vice President, and Ruth Carver, Wayne Foley, David Kondner, Torsten Kracht, Dawn MacPhee, Gary Pan, Ed Phillips and Laurie Rowe as Directors.