Presents $50,000 in scholarships at its 27th Annual Awards Gala 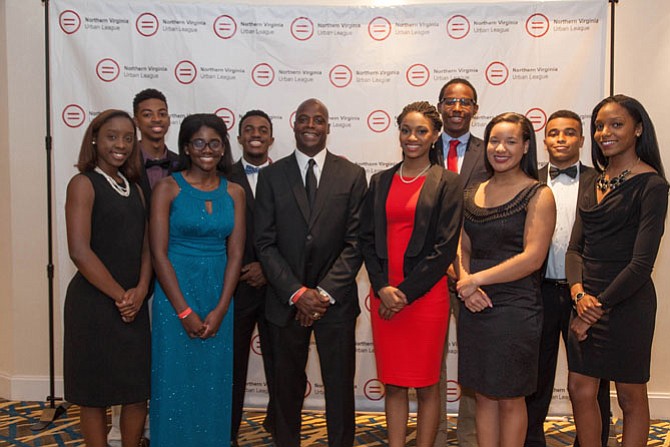 Those recognized as Community Champions included:

• Darrell Green (former Washington Redskin and Pro Football Hall of Famer) - Champion of the Community, Man of the Year Award. Green spoke of his challenging upbringing and despite the success of his NFL career his life beyond #28 is devoted to God and community.

• Mele Melton (founder of Culturfied Foundation) - Emerging Leader Under 40 Award. The owner of 27 Taco Bells spoke of changing culture and the need for children to become “Culturefied.”

• Brigadier General (Retired) Leo A. Brooks, Sr., Brigadier General (Retired) Leo A. Brooks, Jr., and General Vincent K. Brooks - Leadership and Military Service Award - African-American family with father and two sons to attain rank of general in the U.S. Army. History making, press-averse, family with two generations of generals and three generals in the family is an unprecedented milestone. Son Vincent who commands Korea is managing the conflict for the Trump Administration.

Seniors receiving a college scholarship in the amount of $5,000 each were: