‘The Cornerstones’ of Community Honored at 2018 Best of Reston Awards

Individuals, organizations and businesses build a community and help raise funds to support the mission of Cornerstones. 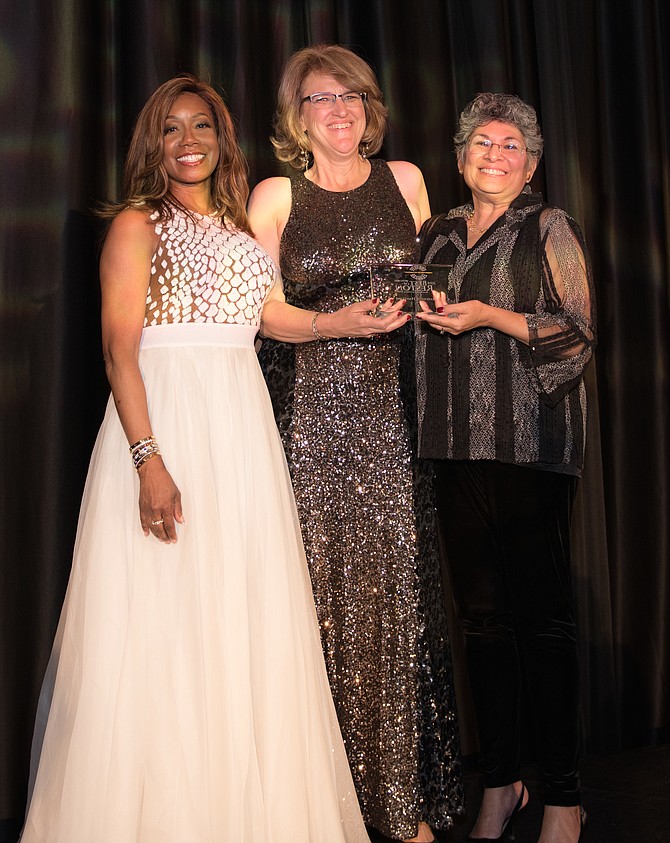 More than 600 people gathered for the 2018 Best of Reston Awards for Community Service at the Hyatt Regency Reston on April 12, 2018. 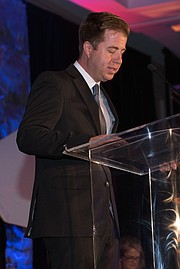 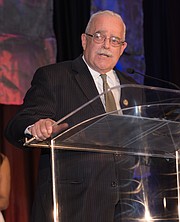 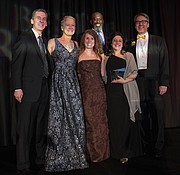 The 27th Annual Cornerstones of our Community, Best of Reston Awards for Community Service, took place at the Hyatt Regency in Reston Town Center on April 12, 2018, just a few days before the start of National Volunteer Week.

The award gala and fundraiser was presented in partnership with Cornerstones and the Greater Reston Chamber of Commerce. The two organizations created Best of Reston in 1997 to celebrate the individuals, businesses, and civic and community organizations that maintain the shared vision of a strong and dynamic community built on the guiding principles of Reston founder, Robert E. Simon.

Cornerstones is "a nonprofit organization, which serves more than 15,000 neighbors in need, helping them overcome tough economic times in an already high cost of living region. Through advocacy and support services, Cornerstones connects families and individuals to the vital resources they need to build more stable and self-sufficient lives, including providing a comprehensive array of programs that solve urgent or ongoing requirements of housing, child care, food or financial assistance."

The Greater Reston Chamber of Commerce has been a catalyst for business growth and entrepreneurship by providing quality programs, education, connections and advocacy for their members and organizations in the Dulles Corridor, with more than 600 members.

The much-anticipated gala and fundraising event was sold-out quickly. The event attracted a crowd of 640 guests who came together to honor and celebrate individuals, businesses, civic and community organizations whose selfless services and philanthropy had helped positively shape the Reston/Herndon area.

Tim Ward, pastor of the newly planted United Methodist Church, "Restoration," in Reston gave the invocation. Ward asked for a moment of silence and said, "We pray for those in great need. We come together as a larger community."

Sought-after singer, Beverly Cosham started the evening off with her rendition of "God Bless America." Later in the evening, Cosham was the recipient of the Robert E. Simon Lifetime Achievement Award.

Charles Kapu, Chair, Access National Bank spoke about the award. "It is a special award to those who continue to give back," Kapu said. The award recognizes past Best of Reston award winners known for their lifetime commitment to Reston values and for living the legacy of Bob Simon. "Cosham is a powerful presence in the arts," Kapu said. Laughing, he added that there was no end to Cosham giving back. After receiving the recognition as one of the extraordinary lifetime contributors, going forward Cosham, like all other recipients of the Robert E. Simon Lifetime Achievement Award, will be known as one of the "Fellows."

U. S. Rep. Gerry E. Connelly, (D-11) shared that he had spent time working with the homeless. Connelly said, "There is nothing like seeing people that now have a home... Every human being is worth investing in; everybody is worth a helping hand."

In her closing remarks, Kerrie B. Wilson, CEO Cornerstones said, "We stand on the shoulders of Robert Simon. … We are overwhelmed by the contributions of the community … [and] we are excited about the next generation. … When you think about investing in kids today, that's what it is all about.” Last year Cornerstones served 15,000 people and that most were working, some two or more jobs, with many making less than $25,000 for a family of four, Wilson said.

Cornerstones gives hope for the future, Wilson said. "We meet people where they are. We encourage them to come in from the cold. … We can do this together."

As the awards presentation concluded, a large display check was brought forward. Total funds raised for the evening to benefit Cornerstones: $444,147.

Honored at 2018 Best of Reston Awards

The following individuals and organizations received 2018 Best of Reston Awards: