Event recognized and celebrated outstanding service in the Herndon community. 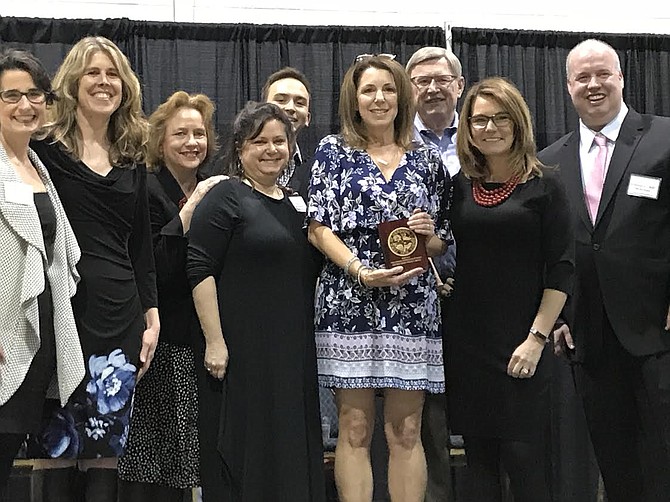 The 34th Annual Mayor's Volunteer Appreciation Reception was held Sunday, April 15, 2018, at the Herndon Community Center. The Mayor and Town Council of the Town of Herndon had invited 440 nominated volunteers from 330 organizations to the reception in recognition of their outstanding service to the community.

To be eligible and nominated, volunteers had to serve 100 hours or more during the last year.

Quoting President George H. W. Bush, Mayor of Herndon Lisa C. Merkel defined the meaning and qualities of a volunteer. "A volunteer is a person who can see what others cannot see; who can feel what most do not feel. Often such gifted persons do not think of themselves as volunteers, but as citizens, citizens in the fullest sense; partners in civilization."

During the reception, Merkel said that since 1985 when Mayor Rick Thoesen first introduced the event, the mayors and Town Councilmembers had celebrated the accomplishments of more than 11,500 Outstanding Volunteers and more than 100 Distinguished Volunteers.

"The Distinguished Corporate Service Award honors a business or corporation that contributes to the Town through an outstanding commitment or promotion of the Town for the greater good of Herndon,” Merkel said.

This year Merkel presented the award to Jimmy's Old Town Tavern. "They are always willing to step up and get involved with the many community endeavors," Merkel said noting Jimmy's Old Town Tavern's participation in the annual charity golf tournament, 9/11 Memorial Motorcycle Poker Run and a host of fundraisers for many nonprofit organizations in the Town.

Distinguished volunteers were also recognized. These individuals demonstrated the highest level of service over several years or in projects that required a significant level of leadership, service, and effort, Merkel said.

The second Distinguished Volunteer Award went to a community member who developed a free and inclusive music program called "Percussion Works," aka Bucket Drumming to benefit the children in the Herndon area. She also made music scholarships available. The award went to Laura Readyoff, owner of The Music Loft.

In closing, Merkel said that she had seen so many people in the town engage in volunteer service. "Each of us on the Council thanks each of you individually, and all of you collectively for all you do for our Town, our community and each other."