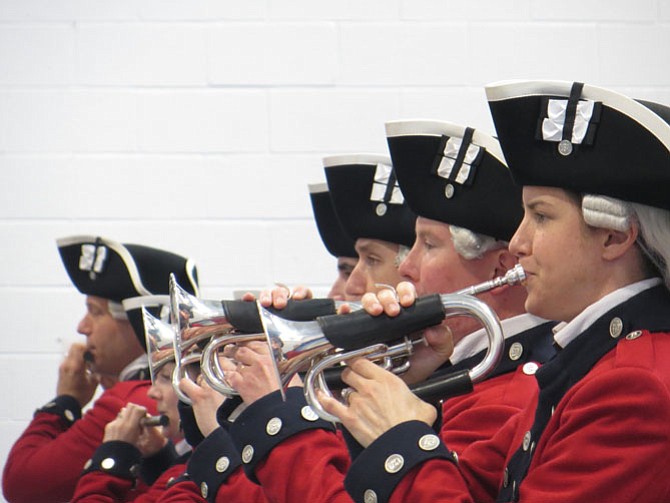 The Historical Trumpets and Flutes of the United States Army Old Guard Fife and Drum Corps. Photo by Vernon Miles. 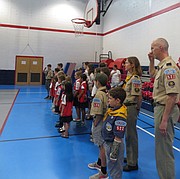 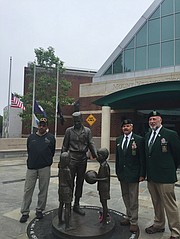 The announcement came only once, over the radio. In 1965, over North Vietnam’s Liberation Radio, came a report that Captain Humbert Roque "Rocky" Versace had been executed. It was two years after Versace, an army officer who grew up in Alexandria, had been captured by the Viet Cong after providing covering fire for his allies to escape. On Memorial Day, Versace was one of the 67 veterans killed or missing in action honored at the Mount Vernon Community Center, where the outdoor plaza bears his name.

The gymnasium was standing room only, packed with everyone from elderly veterans to Cub Scouts and Girl Scouts. All were gathered in silence as the list of Alexandrians killed in action was read aloud. Occasionally the list was paused as someone from the audience, a friend or family member, would recite the name of their fallen loved one.

“We’re here to honor those who have fallen,” said Kevin Knapp, a former Green Beret. “We see a lot of sales and stuff around this holiday, but that’s distorting what this holiday is about. We’ve spent the last two days up at Arlington visiting fallen Green Berets. Later this afternoon we’re headed up to the National Mall to march in the Memorial Day Parade.”

“I come to this ceremony and then head up to Arlington Cemetery,” said Andy Winfree, a 35-year veteran. “Too many people I knew didn’t make it back. Today it really makes you think.”