Reston and Herndon Students Join ‘March For Our Lives’
Votes

Reston and Herndon Students Join ‘March For Our Lives’ 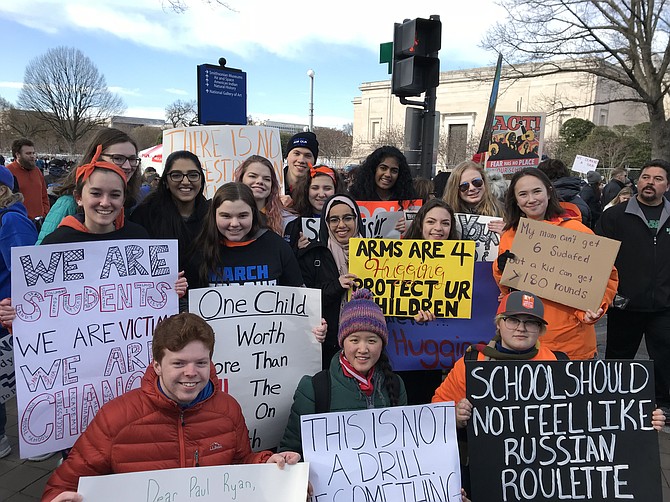 The collective voices of South Lakes High School students as well as those from other students helped lead the charge at the "March For Our Lives" movement to end gun violence. Photo contributed 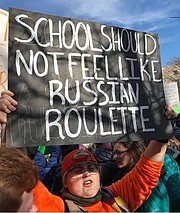 While cheering along with the crowd, Reston native Julia Rose raises her sign at the “March For Our Lives" demonstration in support of tighter gun control. The event took place March 24, 2018, in Washington, D.C. 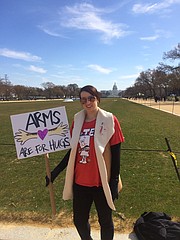 "This was my first time attending a protest. It was kind of emotional being a part of something so big and standing with so many for an important cause. As young voters, we need to elect members of Congress this November that will change and regulate our nation's gun laws," said Susie Plummer of Herndon. 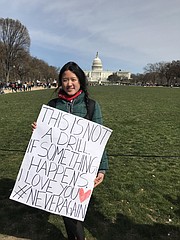 Jillian Fan, a Reston resident, prepares to rally at the "March For Our Lives." 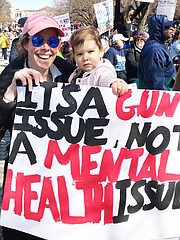 "We marched on Washington today to stand with all the parents who have lost their children to gun violence. We also stand in solidarity with the hundreds of thousands of survivors of gun violence, who are living with trauma, pain, and anxiety." — Lauren Edmonson Carstens and daughter, Bellamy, 19 months, of Herndon. 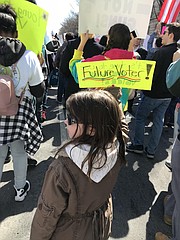 Cara Blythe of Herndon will vote someday. She attended the protest with her parents, Stacie and Brad Blythe.

On Saturday, March 24, hundreds of thousands of students, parents, grandparents, and children from across the country, as well as the local Herndon and Reston areas, participated in the student-led movement, "March For Our Lives." Following the mission statement for the march, they arrived in the streets of Washington, D.C. “to demand that their lives and safety become a priority…school safety is not a political issue."