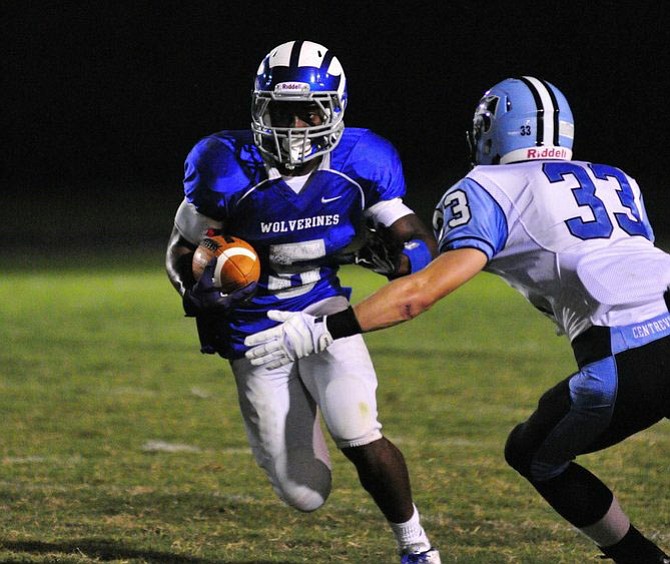 De’Mornay Pierson-El didn’t hear his name called during the 2018 NFL Draft, but that didn’t stop the 2014 West Potomac graduate from signing his name on an NFL contract.

Pierson-El signed with the Washington Redskins as an undrafted free agent following the conclusion of the draft last weekend. He said several teams showed interest, including the Ravens, 49ers, Titans, Raiders and Texans, but the Redskins ended up being the best fit.

“It makes me excited,” Pierson-El said. “… I’ve got to make things happen.”

Pierson-El was a wide receiver and special teams standout at the University of Nebraska. He was an All-American punt returner as a true freshman in 2014 and finished his career with 904 punt return yards — the third-highest total in program history. As a receiver, he was the 11th Cornhusker to reach 100 career receptions, finishing with 100 catches for 1,309 yards and 11 touchdowns.

Prior to college, Pierson-El was a standout at West Potomac who burned opposing defenses from three different positions. He played receiver as a sophomore, catching 49 passes for 781 yards and 15 touchdowns. He moved to running back as a junior and rushed for 1,658 yards and 26 touchdowns. An injury to the Wolverines’ starting quarterback led to Pierson-El taking over as the team’s signal caller during his senior season. He responded by passing for 876 yards and seven touchdowns and rushing for 1,007 yards and 20 touchdowns.

Pierson-El said he grew up rooting for the Redskins until Pro Bowl safety Sean Taylor was murdered in 2007. At that point, he became a Ravens fan.

Pierson-El said many of his family members are Redskins fans and they’ll have the opportunity to see him play.

“I certainly didn’t expect to be coming back home,” he said. “I grew up watching [the Redskins]. Things just came full circle.”

Pierson-El said his signing with the Redskins can encourage others to chase their dreams.

“You can be anything you want to be,” he said. “… I’m just a local kid. I didn’t go to a private school. I went to a public school. … Believe in yourself.”