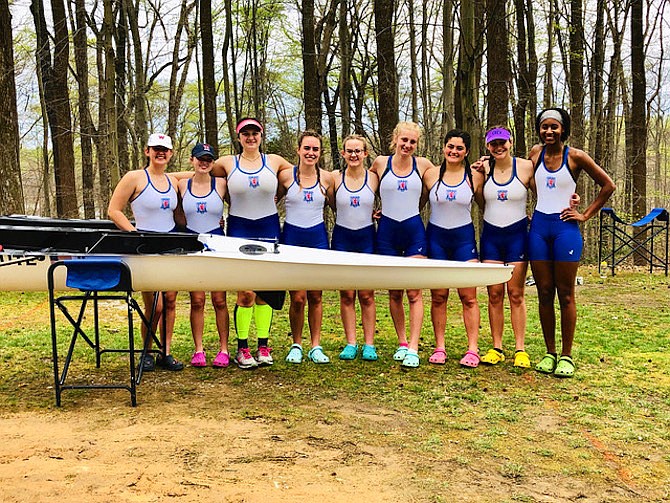 The crew team is coming off a strong year last year and strong performances in the first regattas of this spring season, but faced stiff competition on a balmy spring day at the Occoquan Reserve before crowds cheering with megaphones and ringing the traditional regatta noisemakers: cowbells.

T.C. Williams is fielding two novice men’s boats this year, a sign of the increasing depth of the overall program. On April 20, the team travels to the Noxontown Regatta at St. Andrew’s School. Miles said the TC boats are well-prepared. “I’m not worried about anything,” she said with a smile.

The Charlie Butt Regatta will be held April 27 on the Georgetown waterfront.