From Springfield to ‘World of Dance’
Votes

From Springfield to ‘World of Dance’ 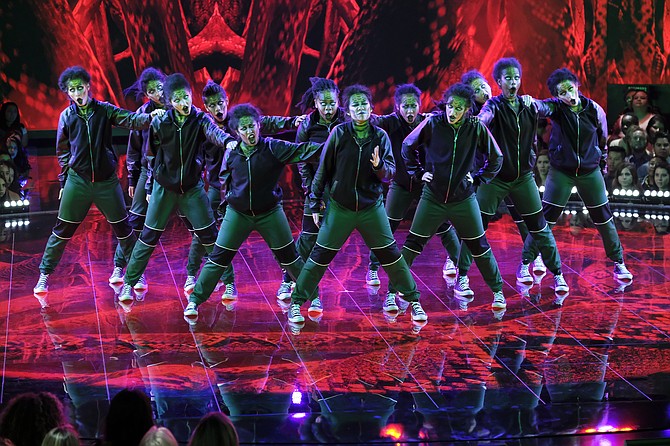 The West Springfield High School dance team recently competed on NBC’s “World of Dance,” in front of judges and dance superstars including

acts all competing for the $1 million prize, NBC said.

Led by dance instructors Jason King and Tara Perez, 12 students from West Springfield overcame many odds and became the first team from a public school to reach the stage at the World of Dance. “We’re the first public high school for the show, some of our students never danced before in their lives,” Perez said.

The team was competing against other teams that had a much more structured background, and more funding, but the team from West Springfield did what they had to do under the circumstances, and it showed on the dance floor. This included moving the tables out of the way in the West Springfield cafeteria for practice, and staying until it was nearly bedtime to practice their moves, similar to another rise from the bottom tale where Rocky Balboa rose from inner city Philadelphia to win the heavyweight boxing title. According to King, it was “the whole journey,” that stuck out in his mind. “We’re a public high school dance team, practicing in our cafeteria,” he said. “The cafeteria has been our home,” Perez added.

West Springfield High School has been going through renovations over the last few years and that made it challenging for the students as well. “It’s been really tricky,” said Perez. Their mission was to keep the audience entertained and create routines that are theatrical and themed. The team's goals are simple; be resilient, be relentless, be remembered, be better than we were yesterday, and always stay humble, said NBC

Dance, dance and dance all the way to the dance show on NBC.

THE TEAM had to sign model releases and confidentiality papers before heading off to Los Angeles for the competition. This is season three for the show and Jennifer Lopez noted the variety in the acts this year. “This new season has some jaw-dropping performances and we’re seeing acts do stunts and moves that we’ve never seen before,” said Lopez. “I’m excited that we’re giving these gifted dancers and athletes an opportunity and platform to shine as brightly as they deserve, for an unparalleled third season in a row,” J-Lo added.

Divisional Final and the World Final. In the first four rounds, dancers only compete within their division, but in the World Final - the winner from each division will compete against each other for the grand prize.

Traveling with NBC to their Hollywood studios was another experience for the team. Being in front of J-Lo and the rest of the well-known judges was

nerve wracking for the teens. “They look up to people on the show,” said King. When the team first saw J-Lo, it was “a freak out moment,” said Perez.

IN ONE STUDIO, the clock tower from Back to the Future was still standing, and King looked on in awe, although it wasn’t that meaningful to the team since they weren’t as familiar with the movie. “That thing is still there,”

The team put in long hours and hard work to get to this point, and that was a lesson in itself, the teachers said. The road to Hollywood is not easy, and turned out to be a “big eye opener,” said King. “The kids never experienced something like that, I definitely saw changes in some of them,” Perez added.

The premiere episode aired on Tuesday, Feb. 26 and is moving to its regular time slot on Sundays starting March 3 at 8 p.m.