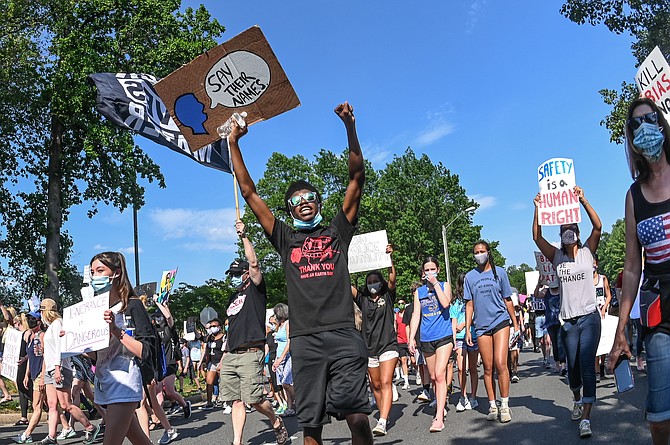 The front edge of the group leading protesters along Burke Centre Parkway.

Leila Echchadhi informs the crowd where the medical tent and free water is.

The area residents gathered along Burke Centre Parkway on Thursday, June 4, to join nationwide protests against racism and racial injustice. Passing cars honked their horns in solidarity, neighbors held up homemade signs and chanted together, and the whole group walked for blocks in support of the black lives matter movement. The amount of donations received from community members not only helped all the people attending the protest, but multiple protests in the area afterwards.