The Other Alexandria: We Were Part of the Sunnyside Community: Lovell Arvid Lee
Votes

The Other Alexandria: We Were Part of the Sunnyside Community: Lovell Arvid Lee 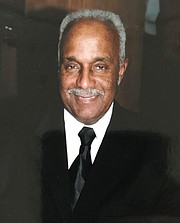 It was 1874 when junk dealer and real estate owner Charles A. Watson died in Alexandria, Virginia. He left his entire estate to his wife, Laura Ware (Wair) Watson. Together Laura and her three sons, Frank, Thomas Montgomery and Elbert turned their real estate into one of the first African American housing communities in Alexandria.

In 1870, four years prior to Charles A. Watson’s death, he purchased property in the northern end of Alexandria located in the area of West Glebe Road and Mount Vernon Avenue. Today, this community is between I-395 and Route 1 at Potomac Yard and it is adjacent to the Del Ray and Beverley Hills neighborhoods. In 1905, the Watsons dedicated and subdivided the land to provide disenfranchised people of color a place to own a single-family home. The community was Sunnyside and the streets were named after the deceased members of the Watson’s family. These streets were Elbert Avenue and Charles Avenue; and a street was named Old Dominion Drive.

The Sunnyside community represented the American dream for the Colored people who lived in the Sunnyside community. One family who purchased their home at 3812 Elbert Avenue in the Sunnyside community between the years of 1923-1924 was Theodore E. and Mildred Lee. At the time, his occupation was porter. He and his wife raised four children in this house, DeAlman, Lavern, Dermot and Lovell. Mr. Lovell Arvid Lee remembers his childhood house as being a single-family unit with large front and back yards; two living rooms; dining room and kitchen; three bedrooms; and an outhouse (bathroom was added in the house in 1949). Mr. Lovell had an enjoyable childhood, he said, “My fond memory growing up was playing in the woods and the creek. The creek was Four Mile Run.” In addition, the children who lived in this neighborhood prior to 1950 attended Parker-Gray School for their elementary and high schools.

For black families who lived in Sunnyside during the Jim Crow era, it represented the American dream to own your house and raise your children in a community that accepts you.

Sunnyside has gone through many changes over the decades. Developers have built apartment buildings around the community making it into a high-density area. The old Sunnyside known today as Arlandria continues to evolve with an influx of immigrants who are looking for the American dream, just like their earlier counterparts of Sunnyside. However, developers have built new subdivisions in the area that have attracted a new generation of homeowners. Some of the old families who made up Sunnyside, their children have purchased properties in those developments.

Mr. Lovell A. Lee has two sons, Sherwin and Leslie who purchased their homes in the new development that was once Sunnyside. They are continuing the legacy of their grandfather, Theodore who purchased his house in the 1920s. Mr. Lovell and the other original families were the new 20th Century Black Middle Class. It was hard to believe that in the beginning of the Jim Crow era in Alexandria, one black family who had a dream to start a black middle class neighborhood name Sunnyside, would pave the way for sixteen disenfranchised black families to own their homes. These families made their mark on Alexandria’s housing history, and they will be remembered as part of the Sunnyside Community.