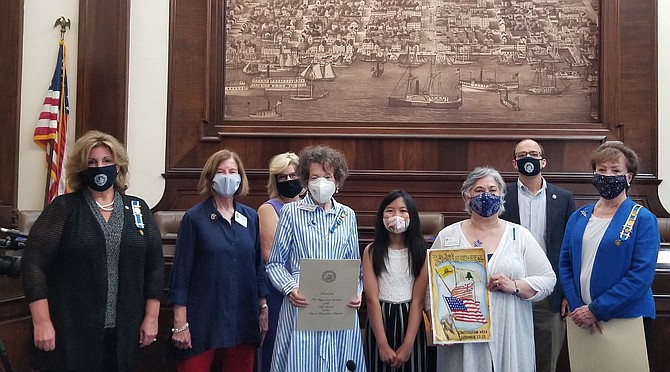 The tradition of celebrating the U.S. Constitution began in 1956 after the Daughters of the American Revolution petitioned Congress to dedicate the week of Sept. 17–23 to commemorate the signing. The aims of Constitution Week are to emphasize a citizen’s responsibility to protect the Constitution, to educate people about the role of the U.S. Constitution and to encourage the study of historical events leading to the drafting of the document.

The U.S. Constitution provides the framework of the American government – its principles and structure – and upholds and protects the freedoms Americans hold dear. The document reflects the thinking of four Virginians: James Madison, George Mason, Thomas Jefferson, and George Washington.

Previously recorded choral renditions of patriotic songs by ACPS students from T. C. Williams High School, Samuel W. Tucker and Douglas MacArthur Public Schools and Lyles-Crouch Traditional Academy are included in the video recording to be shown during the week of Sept. 17 on ACPS’s Channel 71.

The DAR has over 175,000 members with approximately 3,000 chapters in 50 states and 13 foreign countries. For more information about DAR programs and the Constitution Week Proclamation signing, please contact Linda Greenberg, John Alexander Chapter.