Known and Unknown: What Would Candidates Do In Richmond If Elected?
Votes

Known and Unknown: What Would Candidates Do In Richmond If Elected?

Two candidates in special election say they don't know what bills they would introduce next year.

What Would Krupicka Do? 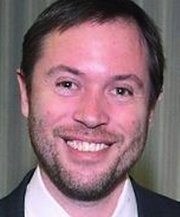 What Would Maklin Do? 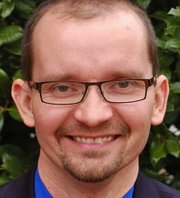 What Would McGhee Do?

Voters in next week’s special election will be faced with a choice between the familiar and the unknown in the Sept. 4 special election. On one end of the spectrum is Alexandria City Councilman Rob Krupicka, who enjoys name recognition and has a slate of legislative proposals largely aligned with his work on the City Council. At the other end of the spectrum are Republican Tim McGhee and Libertarian Justin Malkin, neither of whom have much to say about what bills they would introduce as freshmen legislators.

“I don’t know what bills I would introduce,” said McGhee, a web developer who ran an unsuccessful campaign for the Virginia state Senate last year. “There are a lot of people in the world who believe that character of person is more important than exact policy specifics of what is going to be in every paragraph of every bill.”

“I can’t say that I have a particular agenda in mind as of day one,” said Malkin, a credit analyst and first-time candidate. “I think I’ve kind of got to get my feet wet before I can really figure out exactly what I can accomplish.”

Krupicka, on the other hand, has a long list of legislation he’s interested in proposing if he wins the special election. If elected, Krupicka said, he would like to focus attention on early childhood education. That’s been an ongoing theme of his years in politics over the last decade, although one in four children in Alexandria remain without a quality pre-Kindergarten experience. Krupicka also said he would work to give the Northern Virginia Transportation Commission more revenue authority, reducing the role of the Virginia Department of Transportation. That could mean that the commission would be able to create new taxes, although Krupicka would not endorse any specific proposal.

“That would have to be part of a package,” said Krupicka. “I want to move away from VDOT determining our destiny.”

“My campaign is aimed at voters who are socially tolerant and fiscally responsible,” said Malkin. “That’s what would guide my decision-making in Richmond.”

McGhee, on the other hand offers a much more traditional Republican campaign. When asked about the hot-button social issues considered in the most recent General Assembly session, McGhee agreed with every major initiative of the new conservative majority. For example, he supports requiring a transvaginal ultrasound procedure before women can receive an abortion. And he supports the effort to create strict new regulatory standards for abortion clinics, holding them responsible for hospital construction standards.

“Despite what you may hear from the other side on this issue, this industry does have a track record of creating some very dangerous and deadly situations for women,” said McGhee. “We need to make sure that as long as we continue to allow this procedure that we provide as much care for those involved.”

KRUPICKA OFFERS VOTERS the most familiar face. First elected to the City Council at the age of 32, he spent many years as the youngest elected official in Alexandria. Now he finds himself as the oldest candidate in the race, and the one with the most experience as an elected official. He also has an existing campaign team from his failed bid for the Democratic nomination to fill the seat vacated last year by state Sen. Patsy Ticer (D-30), a hotly contested race with Del. Adam Ebbin (D-49). If elected, Krupicka says he would stand up to what he calls “the war on women” in Richmond.

“This should be an easy win for the Democrat,” said Toni-Michelle Travis, professor at George Mason University. “The only way Krupicka is in trouble is if voters are outraged by something he did on City Council or he makes some kind of major gaffe, neither of which seem likely.”