Northern Virginia Training Center in Fairfax to Close by March 2016

From institution to community, finding homes for those hard to place. 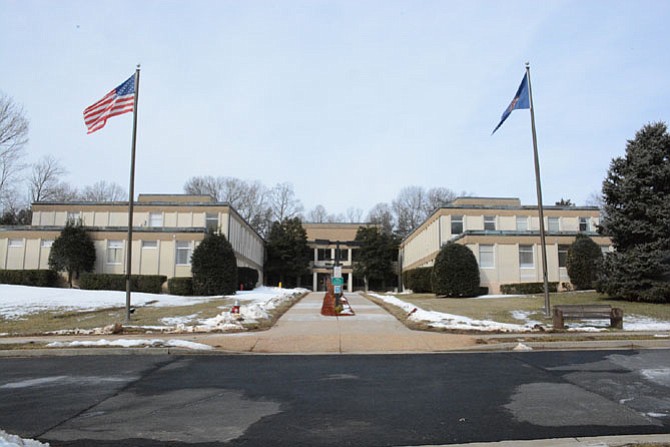 The Northern Virginia Training Center on Braddock Road is scheduled to close in March 2016. Photo by Tim Peterson.

(Rear, from left) Donna A. McHugh, Kim McHugh Arthurs, Joseph F. McHugh Sr. and Chris McHugh celebrate with their brother and son Joseph F. McHugh Jr., who has been a resident at the Northern Virginia Training Center for 35 years.

Joseph McHugh has lived at the Northern Virginia Training Center for 35 years, moving in when he was a teenager. McHugh has cerebral palsy and colostomy and severe spasticity issues.

At the training center, McHugh works with a speech pathologist, nurse, on-campus dietician and is close to an X-ray machine, dental facility and clinic on the grounds.

“My brother would’ve been dead without the training center,” said Chris McHugh, who lives in San Francisco. “He was almost pronounced dead a couple times, except for his proximity to a nurse, the clinic right there.”

Chris McHugh and his sisters Kim Arthurs McHugh of Arlington and Donna McHugh of Centreville are Joe’s legal guardians, and grew up together in Arlington. They’re skeptical about whether there are appropriate placement options so Joe can live successfully outside of the training center, which is slated to close next year.

“I want to be their biggest cheerleader,” said Chris McHugh. “I want to be wrong, to be excited about my brother’s choices and his peer’s choices, but I’ve seen people who don’t have a family advocating for them slip through the cracks, wither on the vine.”

The training center, one of five large regional institutions in Virginia that are operated by the state’s Department of Behavioral Health and Developmental Services, was built to house and provide services for people with intellectual and physical disabilities. The Northern Virginia facility, located on more than 80 acres off Braddock Road in Fairfax, has offered medical, dental and nursing services, physical and occupational therapy, social work and psychology services since opening in 1973.

2011: Assistant U.S. Attorney General Thomas E. Perez notified then-governor Bob McDonnell that the U.S. Department of Justice Civil Rights Division investigated Virginia’s training centers and concluded that Virginia “fails to provide services to individuals with intellectual and developmental disabilities in the most integrated setting appropriate to their needs in violation of the ADA. … The inadequacies we identified have resulted in the needless and prolonged institutionalization of, and other harms to, individuals with disabilities in CVTC and in other segregated training centers throughout the Commonwealth who could be served in the community.”

January 2012: Settlement reached between Virginia and the U.S. Department of Justice regarding violation of the Americans with Disabilities Act.

Though the training centers provided an array of services, the institutional environment also moved people with disabilities out of their communities.

Virginia Code § 37.2-319 calls for a Behavioral Health and Developmental Services Trust Fund that “shall be used for mental health, developmental, or substance abuse services and to facilitate transition of individuals with intellectual disability from state training centers to community-based services.”

Then in a 2011 letter, Assistant U.S. Attorney General Thomas E. Perez notified then-governor Bob McDonnell that the U.S. Department of Justice Civil Rights Division had conducted an investigation into the Central Virginia Training Center in Madison Heights, questioning the state’s compliance with the Americans with Disabilities Act.

The investigation concluded that Virginia “fails to provide services to individuals with intellectual and developmental disabilities in the most integrated setting appropriate to their needs in violation of the [American with Disabilities Act],” Perez’s letter read.

“The inadequacies we identified have resulted in the needless and prolonged institutionalization of, and other harms to, individuals with disabilities in [Central Virginia Training Center] and in other segregated training centers throughout the Commonwealth who could be served in the community.”

The other segregated training centers included the one on Braddock Road.

In January 2012, the U.S. Department of Justice and Commonwealth of Virginia filed settlement in U.S. District Court, calling on the state to “create or expand a range of supports and services to individuals with [intellectual disabilities or developmental disabilities] and their families.”

The settlement summary referred to the continued operation of all five regional training centers as “fiscally impractical” and that the state should submit a plan for considering closing all but one institution. In his 2012 letter, Perez wrote the average cost of serving one person in a training center was $194,000 per person annually, while offering them services outside the center averaged $76,400. 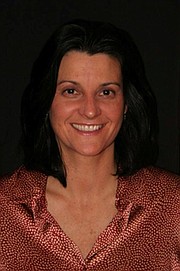 Adams says that of the 73 people still living at the center, down from 152 residents in 2012, more than half have already started a 12-week discharge process.

“It’s a very thoughtful, specific process to ensure there is choice, that there’s a good fit with the provider and they’re able to offer specific supports for that unique individual,” Adams said.

Since October 2011, the state agency has identified 106 community options for Northern Virginia Training Center residents. The options include using individualized Medicaid waivers to acquire services either at home, in a group home setting, or at another intermediate treatment facility.

The key is that residents, their parents and associates should have more choices about how and where they live, ones that are integrated rather than segregated.

“While the training center model developed over time, it didn’t necessarily keep up with the idea that health services have changed quite a bit,” said Adams. “These are individuals, they’re people, their special issues are around the potential vulnerability and a whole bunch of different diagnostic items they embody. The challenge is working towards bringing people into the community, so it’s no longer so foreign, due to lack of exposure.” 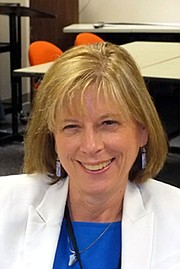 The Community Services Board runs an intake for people with intellectual or physical disabilities, then determines whether they have an urgent or non-urgent need for a waiver based on the acuity of their conditions.

“The waiver has made it possible for individuals to live and work with their friends and families in their home communities, and made those communities stronger and healthier as a result,” Hartman said.

According to Hartman, in Fairfax County there are 450 people receiving services in the community through Medicaid waivers, from 30 providers in Fairfax County. However, 858 people are still on the “urgent” waiting list for waivers and 375 are on the non-urgent list.

Once you have a waiver, it’s a matter of matching up with the right provider and environment. For this, the Community Services Board, Northern Virginia Training Center staff and family or guardians collaborate to find the right fit.

“Those are hard times,” said Hartman. “It’s not an easy decision; they must be matched with folks who do have the capacity to serve them.”

SOME FAMILIES of residents of the Northern Virginia Training Center have viewed the closing as too hasty, that more time is needed to identify proper support providers. Several parents and guardians testified at the public hearing before the northern Virginia delegation headed to Richmond for the 2015 General Assembly session in January.

At the session state Sen. Stephen D Newman (R-23) introduced SB1300, which sought to extend the Northern Virginia Training Center closing until Dec. 31, 2016, prevent the land from being declared surplus once it’s closed and keep three of the remaining regional centers open. The bill, which was co-patroned by numerous Northern Virginia senators and delegates, only made it as far as the Finance Committee.

Reston resident Judith Korf, co-president of the Parents and Associates of Northern Virginia Training Center group, spoke at the hearing on behalf of her son Adam. Adam is 43 and diagnosed with autism and mild learning disability; he has severe behavioral issues and requires a high level of skilled supervision.

“The hardest ones to place are the ones that are left,” said Korf.

Chris McHugh is hopeful the process will be successful, but has seen his brother passed up for discharge from the center for more than two decades.

“His friends and peers, some would find appropriate group home placements,” said Chris McHugh. “They would go through his checklist of needs and Joe would never make the cut. He requires a bit more in terms of therapy and care. A day at the bathroom with my brother is an adventure.”

However Adams remains confident all the residents will be able to find proper home and service combinations by the training center projected closing of March 2016.

ONCE THE LAST RESIDENT leaves. the Northern Virginia Training Center, the campus’ future is still uncertain.

Dena Potter at the Virginia Department of General Services said the campus is currently in “the surplus property review process to make a decision on whether the property would be sold.” The state owns the land; several properties were purchased for the site from private owners while one was obtained under eminent domain.

Because the 1973 opening predates the county’s Zoning Ordinance of 1978, the underlying zoning for the property is R1, meaning new construction would be limited to one house per acre, without being subject to public hearings and a change to the comprehensive plan.

According to the Virginia Code, if the buildings or property are sold, the money must first be used to make sure the same level and variety of services offered at the training center are available for former residents.

Parents and associates of center residents were scheduled to meet with the Department of Behavioral Health and Developmental Services Commissioner Dr. Debra Ferguson at the end of March to learn more about the plan to close the training center.

“Theoretically, we’re all supposed to get at least three viable options to choose from and that just isn’t happening,” said Korf. Of around 40 parents and associates who attended the meeting, many, she said, were “very frustrated” with the provider options they’ve been sent to assess so far. “They’ve looked at everything there is to look at and it just wasn’t panning out.”

The non-profit organization Marian Homes has been purchasing and remodeling single-family homes to accommodate persons with intellectual or physical disabilities. Click http://www.connec...">here for the story.

In the mean time, Adams said the campus will continue to provide dental services, something more difficult to establish than a primary care provider.

Joe Rajnic, the NVTC acting facility director, was not available to comment for this story.