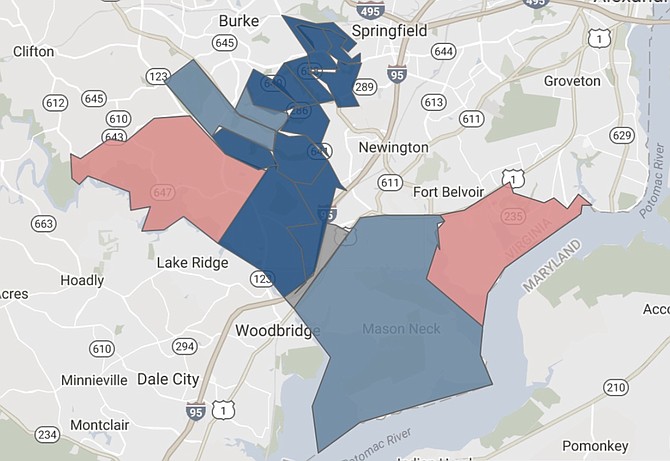 Republican Lolita-Mancheno Smoak won only two precincts, one of which was the home precinct of Ed Gillespie. Democrat Kathy Tran ran up huge numbers in the rest of the district, especially in the Orange Precinct and the Silverbrook Precinct. Virginia Public Access Project 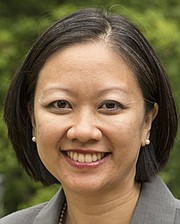 "As the daughter of Vietnamese refugees, Kathy’s record of excellent leadership and advocacy is a powerful testament to the American Dream.” — Democratic Caucus Chairwoman Charniele Herring

"As the daughter of Vietnamese refugees, Kathy’s record of excellent leadership and advocacy is a powerful testament to the American Dream,” said Democratic Caucus Chairwoman Charniele Herring. "Kathy Tran has proven her commitment to Virginia’s working families in her work with both the Department of Labor and the National Immigration Forum.”

Tran says she was prompted to run by the election of President Donald Trump, and she was one of the 11 women who unseated Republican incumbents this year. Her opponent, Mancheno-Smoak, was an early supporter of Trump. During the campaign, Mancheno-Smoak embraced the controversial president, calling him a “positive disruptor.” Voters in the 42nd District overwhelmingly rejected Trump and Trumpism.

"The strength of the resistance is at tidal wave proportions,” said Stephanie Taylor, co-founder of the Progressive Change Campaign Committee. "In legislative races, inspiring people to run for office as their act of resistance and ran on issues like expanding Medicaid and increasing investment in jobs and public education.”

Tran is blazing a new trail through Virginia history, becoming the first Asian-American woman to be elected to the Virginia House of Delegates. That reflects the steadily growing international flavor of the district, where 58 percent of the foreign-born population is from Asia. She joins Del. Mark Keam (D-35) as members of an Asian-American community in Northern Virginia that is organized and focused.

"There is no room for intolerance and racism in Virginia,” said Hyun Lee, AAPI Victory Fund activist. "The AAPI Victory Fund will continue to support candidates across America that understand and stand up for our community.”