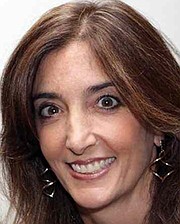 Community involvement: Current Chair of Jobs for Virginia Graduates, Virginia State Director, Women in Government. Member, Women’s Legislative Network Board for National Conference of State Legislators (NCSL). Center for Public Policy Innovation’s (CPPI) Board of Directors and the Jewish Foundation for Group Homes’ Board of Directors. Past Member, Board of Directors for the 2015 World Police and Fire Games in Fairfax County.

One of my proudest legislative achievements was the Achieving a Better Life Experience (ABLE) Act, which establishes 529-like savings accounts for families of people with disabilities. This bipartisan bill passed both chambers of the General Assembly earlier this year and was signed into law by Gov. McAuliffe. The federal version of the bill originated from the late Stephen Beck who was also a resident of the 41st District, and is considered to be one of the most important disability rights bills passed since the ADA. I was proud to patron the first state bill passed after the federal law was enacted. Making a difference in the lives of so many families remains my goal in office.

While I do not have an opponent this year, I have a long history of service to Virginia and Fairfax County. Since being elected in 2010, I am proud to have earned a reputation for working across party lines, while focusing on our schools, roads and maintaining public safety. Experience, knowledge, and strong relationships are critically important in this position.

While currently serving as the House Democratic Whip, I also believe in finding common ground in order to achieve results. I believe in bringing all sides of an issue to the table. When developing legislation, I often focus on building coalitions as we strive to find commonality and compromise. A reasoned approach and willingness to hear all sides is critically important in developing and passing quality legislation.

Over the past ten years, the 41st District has continued to be a great place to live and raise a family. While sequestration continues to affect our region, we have made great strides since the recession. Looking forward, it is important to me that we continue to diversify our economy and continue to fight for our quality schools, including the four high schools in the district: Lake Braddock, Robinson, West Springfield, and Woodson.

Yes, I would support such legislation. While there are not many car title lenders in the 41st District, there’s been an increase of them in Northern Virginia. It is very important that consumers need to be well aware of what they are agreeing to in the contracts they sign, and they should not be burdened with unnecessarily high interest rates and fees.

I would be interested in looking at potential legislation. Related bills have been proposed in the Senate in 2014 and 2015, although I have never had the opportunity to vote on them. While they passed unanimously out of the Senate, both times the bills died in committee in the House.

Yes, I wholeheartedly support closing the coverage gap. I have spoken out vigorously on the Floor of the House of Delegates several times in support of Medicaid expansion. Virginia is clearly in the minority of states who have not expanded Medicaid. It’s the right thing to do for Virginians and it’s the right thing to do for our economy. The money is there. All we have to do is say yes.