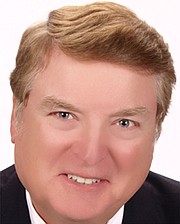 Independent Challenger for Delegate in District 43

Legislative Ethics. Virginia is the 47th worst state for ethics - received a failing grade. Despite Governor McAuliffe calling for the strictest ethical standards, the General Assembly still loves their perks and has done virtually nothing. By replacing an entrenched career incumbent politician with me, no legislator can expect re-election by ignoring this issue.

I’m proposing term limits & not accepting campaign contributions. I’ll do what works for the citizenry without a myopic focus on re-election or subservience to lobbyists/donors.

Independent Candidates don’t have partisan agendas. I don’t lean to the left or right - I lean forward. As an Engineer, my political ideology is to do WHAT WORKS! I trust in God – all others bring facts, figures & data.

It’s gotten more crowded and congested due to incumbent politicians at all levels ineffectively dealing with transportation & growth.

I will support common-sense legislation fostering transparency & sensible restrictions without putting an industry and its jobs out of business. Other states have successfully addressed this issue – we need to tailor their best ideas to Virginia.

I’m committed to improving healthcare for Virginia citizens. Providing the wrong insurance for people in an arbitrary coverage gap “donut hole” created by 2,700 pages of federal legislative “gobbledygook” won’t work. Only 47% of doctors currently accept Medicaid and each has to limit their low reimbursement patient numbers. Patients without insurance now visit the emergency room for their care – patients under a Medicaid expansion will also visit the emergency room because they can’t get a timely doctor’s appointment. However, Medicaid expansion will improve for-profit-hospital financial “bottom lines”, which is why hospital campaign contributions are pouring into compliant candidates. We were told lies to originally pass Obamacare: fool me once, shame on you; but fool me twice, shame on me. I will thoroughly explore alternatives other than Medicaid expansion (including Obamacare amendments) to devise a solution that works for all Virginia citizens.