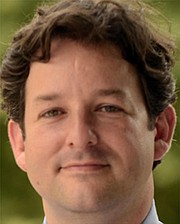 Board Vice Chair of the Shirlington Employment and Education Center

Board Co-Chair of the Arlington Veterans’ Memorial YMCA

Member of the Commonwealth Coalition's Virginia State Advisory Board (2006)

Member of the Sorensen Institute for Political Leadership's, Northern Virginia Regional Board (2005 to 2014), State Board (2014 to present)

President of the Democratic Latino Organization of Virginia (DLOV)

Last year, Environment Virginia released a report naming Virginia the fifth worst state in the country for toxic dumping. In addition, every year Virginia falls further and further behind our neighboring states in developing our renewable energy resources such as solar and wind. This is simply unacceptable. Virginia can and should be doing more to protect and preserve our environment for future generations. Whether it is clean air to breath, safe drinking water, or renewable energy to grow our economy and create a sustainable energy future, our environment is an essential resource to the Commonwealth that deserves our attention. That is why I founded the Virginia Environment and Renewable Energy Caucus in the General Assembly. This bipartisan coalition of legislators works with the Governor’s Administration and environmental stakeholders to identify legislative priorities and move them forward in the General Assembly.

Over the past four as a member of the House of Delegates, I’ve proven that I can be an effective advocates for the issues that are critical to the people of Arlington and Fairfax County. I’ve successfully sponsored legislation establishing a statewide Affordable Housing Trust Fund, expanding Medicaid access to immigrant women and children, creating new opportunities for renewable energy throughout the Commonwealth, and supporting Virginia small businesses so that they can grow and thrive.

I’ve worked with Republicans on numerous issues to find common ground. As the founder of the bipartisan Virginia Environment and Renewable Energy Caucus, I’ve collaborated with members on both sides of the aisle to pass environmental legislation. In addition, I partnered with Republicans to advocate for in-state tuition for children with Deferred Action for Childhood Arrivals status and to get the Affordable Housing Trust Fund established.

Virginia needs to close the coverage gap by expanding access to Medicaid for all Virginians that are below 138% of the federal poverty line.

We need to create a permanent funding source for the Affordable Housing Trust Fund so that it can grow and fund more projects throughout the Commonwealth.

We need to redefine “small business” in Virginia so that truly small businesses can compete on an even playing field for state contracts.

Virginia should address the epidemic of gun violence across the Commonwealth by passing commonsense gun violence prevention measures such as universal background checks, limits on military grade weaponry, outlawing domestic abusers from possessing a gun, and preventing guns from falling into the hands of toddler and young children.

The 49th District remains one of the most diverse communities, not just in Virginia, but the entire country. Because our community is such a great place to live, work, and raise a family, we have seen tremendous growth and change over the past few years. As we continue to grow, we need to make sure that we also develop the necessary infrastructure to maintain our high quality of life as well as our ethnic and economic diversity.

Yes – we need to end these predatory lending practices that prey on the most vulnerable members of our community.