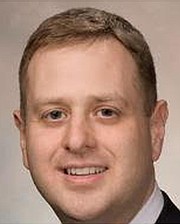 Offices held, dates: Delegate for the 47th District of the Commonwealth of Virginia, 2010-Present

Name three favorite endorsements: The Virginia Chapter of the AFL-CIO, Planned Parenthood of Virginia, and the Virginia Education Association.

My top priority will always be to push the commonwealth to do more to help those most in need.Through its family assistance, health care, unemployment and other programs, government already has the tools to respond to Virginians in times of crisis, but we must act with greater speed and determination. The commonwealth should do everything it can to use federal matching dollars in existing and new programs to help people get back on their feet. But I’m not satisfied with the state merely being a conduit for federal funds. We need to make every effort to enhance new revenue to meet these core needs.

My experience and proven record of working across the aisle with fellow legislators.

I have successfully worked across the aisle on numerous legislative issues, including a prohibition against the shackling of pregnant inmates and providing compensation to victims of eugenics sterilization. Governor McDonnell appointed me to serve on the Virginia Health Reform Initiative, the only House Democrat appointed.

Arlington has seen greater development along the Rosslyn-Ballston corridor.

Yes, these predatory lenders are engaged in fraudulent and anti-consumer activities and the entire industry should be outlawed.