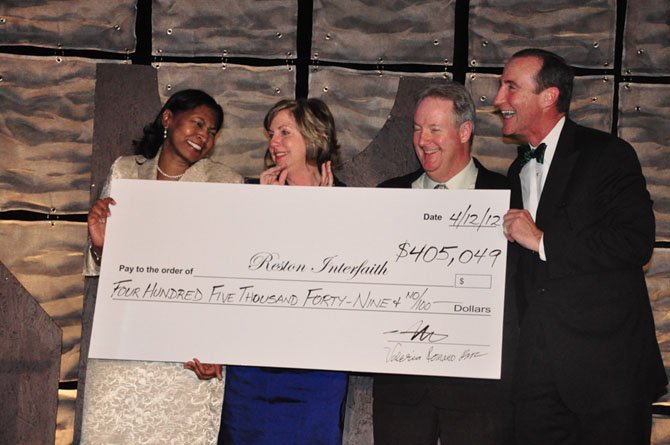 JANET AND VADE BOLTON were recognized as "volunteer champions" for their efforts. Vade, who passed away last December, served on the Reston Interfaith Board of Directors, as well as at the Embry Rucker Community Shelter.

Janet Bolton accepts a Best of Reston award for her and her husband Vade, who passed away in December 2011. The Boltons have volunteered with many local organizations throughout the years.

Janet Bolton volunteers with The Closet thrift store in Herndon, at the FACETS Hypothermia Shelter program and has been a bike captain for the Reston Sprint Triathlon.

"They bring a real sense of goodwill in terms of how they work with people," said Supervisors Cathy Hudgins (D-Hunter Mill).

They both worked to persuade their Beth Embeth congregation to fund dental work for shelter clients and were able to negotiate reduced rates with local dentists. After accepting the award, Janet Bolton offered advice to her fellow volunteers.

"Volunteer with enthusiasm and feel the joy of every moment," she said. "Mentor and encourage volunteers who are younger, we need more energy devoted to addressing poverty and homelessness."

Vade Bolton had a tangible presence at the ceremony, as a video was shown of him talking about the couple’s service efforts.

"As it is often said, and has proved true for us, we may help others but in turn we probably get more back than those that we help," he said. 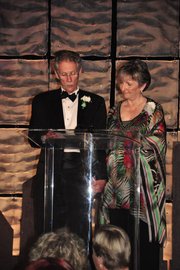 Boofie and Joe O’Gorman are named Best of Reston due to their volunteer efforts with local and regional charities Thursday, April 12 at the Hyatt Regency Reston.

Boofie and Joe O’Gorman have left their fingerprints on everything from youth basketball, soccer and swimming to the YMCA Reston, Habitat for Humanity and HomeAid of Northern Virginia.

"They’ve been in Reston for almost 40 years, they’ve found a community they really love and one of the things that I just think is part of their nature is wherever they live, they give back," said Larry Butler, director of Parks and Recreation for the Reston Association. "Their tradition they’ve established in giving back to Reston is tough to rival."

"In working with these various community organizations, we have the good fortune of meeting wonderful friends with the common goal of contributing to the people of the region," Boofie O’Gorman said. "These people strengthen the fabric of all our lives and help create a wonderful environment where we all prosper."

Anne Strange, Jean Boston and Karen Hale started Graceful Spaces, an organization dedicated to finding furniture and decorating homes for individuals and families transitioning out of homelessness. They have contributed more than 2,700 hours of community service and have served 143 families since 2008.

"They were there for me from day one when it came to fixing my place up," said Luella Brown, a former client of Graceful Spaces. "They showed me how much they cared and enjoyed their work, which made me feel good. They made my home feel open."

The group said they want to reinforce the idea of living simply to their clients, but also instill a sense of pride for those who haven’t had a place to call their own in a while, if ever.

"Our goal is to create a household that everybody in the family can be proud of," said Strange. "We try to meet with the families before bringing them furnishings and try and meet their lifestyle and tastes whenever possible."

Kathy Brennan was awarded Best of Reston as owner and director of Wee Play, a children’s play studio. She has also turned one side of her 3,000 square foot studio into an area where families from the Embry Rucker Community Shelter can bring their children. 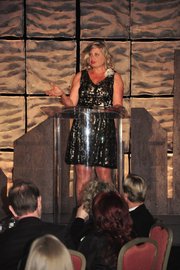 Kathy Brennan, owner and director of Wee Play, is named Best of Reston for her efforts providing children’s activities to families at the Embry Rucker Community Shelter.

"Kathy brings low or no cost ways to play, maybe a cardboard carpeting rube to roll cars through, or wooden mallets for kids to hammer wooden mallets into Styrofoam, things you wouldn’t think of to keep them occupied," said Susan Alger, a volunteer manager at the shelter. "She teaches parents how to interact with their children in a positive way, instead of focusing on the stresses of being without money or a home."

Wee Play was founded by Brennan in 2000, and she said she does it because of her philosophy on parenting.

"I believe that a parent is a child’s best teacher," she said. "Watching these parents and children in my classes made me think of the families that didn’t have that opportunity, so it was a natural fit for me to reach out to Reston Interfaith to help support these families."

WHILE RESTON LITTLE LEAGUE celebrated a state championship last year, their efforts extend much further than what ends up on the scoreboard. They use a "common pool" placement policy for all players, which allows players to be drafted once and remain on the same team throughout their career.

"Going to states and winning embodies everything that Reston Little League is set up for, no one was looked at for what they could bring to the table except for good sportsmanship," said Cate Fulkerson, Reston Association director of administration and member services. "After they won to watch the magic on the kids faces, they were so proud of themselves, yet unbelievable humble, because that’s what they were taught."

They also started a Challenger Division, which allows children with mental and physical disabilities to play, and it was the first of its kind in the state.

"While we are focused on baseball as our passion, what we’re really about is community and building young lives," said Frank Lynch, president of Reston Little League. "Through my many years of coaching, I always remember the wins and losses, but the moments I’m always impacted by is seeing our children grow up so many ways in front of our eyes."

Dominion Virginia Power was recognized as the corporate business leader for their efforts to promote volunteerism and corporate philanthropy. They provide emergency financial assistance to clients as well as educational grants and partnerships. 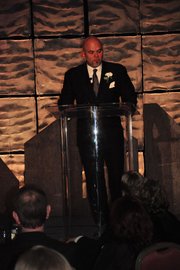 "Their energy share program helped me to pay for electricity and avoid a disconnection," said Rhina Ganados, one of their philanthropy clients. "Living in this community, I have learned to help my share and teach my children to not only appreciate what they receive, but to give back."

Dominion has contributed more than $30,000 to local schools and groups, including a grant to the Girls Excelling at Math and Science Club at Dogwood Elementary School, the Future Renewable Energy Effort at Rachel Carson Middle School and the Northern Virginia Regional Park Foundation.

"We could not be more honored to receive this award from two organizations that we hold in such high regard," said Philip Sandino, director of Customer Solutions at Dominion. "For us, one thing has always remained constant, our commitment to the communities we’re in."

The event raised more than $405,000 for Reston Interfaith, which will go toward their community assistance programs, which includes increasing their inventory of transitional housing for those coming out of homelessness. More information can be found at www.restoninterfaith.org.