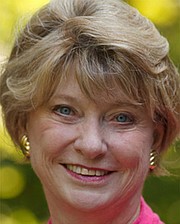 During my tenure in office I have spearheaded several multi-year efforts to reform our laws. I was chief patron of the major family violence legislation, the mental health law reform efforts, and sexual abuse law revisions and the sexual predator registry. Currently, I am working to provide more services for those with mental illness and to divert them from our jails and prisons. Our current practices are cruel and costly.

As the Senate has shifted control back and forth, I have consistently been selected by both parties as a budget conferee and negotiator on the most controversial bills (transportation, ethics, retirement plan reform. etc.).

Redistricting took away 40% of residents in my previous district and added 40% in new areas. Now the district includes part of Arlington and parts of Oakton and Centreville. The district is more diverse ethnically and has greater disparities in income.

Absolutely. I have consistently voted to put a cap of no more than 36% on interest on loans. The current laws bring undesirable businesses into our state that prey on vulnerable residents.

Yes. I have been an advocate for this program and fought for it in budget conference. When the state takes children away from their parents, we have a heightened responsibility to those children. All parents recognize that children need support beyond age 18.

Yes, I have been a fervent supporter of Medicaid expansion and have worked across party lines in the Senate to find a solution agreeable to the House majority. So far, they have been unyielding in their opposition despite the moral, economic, and health arguments in favor of expansion. I helped craft the Marketplace Virginia proposal and am currently working on further refinements of it. The sad truth is that the opposition is unwilling to compromise or to produce their own proposal.