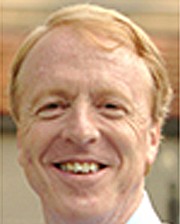 Mental health care. It matters because many Virginians with mental health problems suffer needlessly and sometimes die because we are not doing enough to help them. I worked on the issue before I was elected and have helped improve our system since I took office, but much more needs to be done. After similar bills had been repeatedly killed, this year I got a bill passed to help get immediate support to college students contemplating suicide. I serve on a legislative study committee taking four years to propose a revamped and adequately funded system that will meet the needs of people with mental health problems rather than putting them on a waiting list.

I differ from my opponent in the following ways:

I have a detailed knowledge of most issues addressed in the General Assembly;

I understand the different issues of people in different parts of the district;

I have a record of getting results, getting more bills passed than almost any other Senator;

I consistently work with Republicans to find common ground and compromise to get things done rather than simply spouting partisan platitudes;

I still run from house to house throughout the district and ask voters what are their priorities and what do they want me to do; and

I show up, such as at a recent debate before Hayfield seniors, where I answered their questions alone for an hour because my opponent reneged on his commitment to participate.

My record shows that I frequently work closely with Republicans, often jointly sponsoring bills, and bridge any partisan divide to get things done. Allowing Virginians to keep their health insurance, prohibiting censorship of sermons of chaplains, texting while driving, giving Virginians a tax refund check rather than a debit card, giving protective orders to those threatened by former intimate partners, and putting more money in the Rainy Day fund, and shared work programs are examples.

Transportation, Education, Economy/Jobs, Military and Veterans, Those Who Need Help

There is greater racial and ethnic diversity, with housing integration rather than segregation throughout the district. This has happened because we have opportunities here, people want to live here, and we appreciate both differences and our common humanity.

I will support legislation that restricts unfair lending practices and that provides people with limited options the ability to get loans, as we did with payday lending a few years ago.

My wife and I were foster parents to 13 children over many years. I have already supported this legislation.

I will support any reasonable proposal to get insurance for those eligible under the ACA, whether its expansion of our highly regarded Medicaid program or an alternative, such as a private insurance plan that we passed in the Senate. I am happy to help negotiate a deal that addresses concerns of some while getting coverage for those who are eligible.