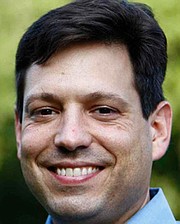 I believe the success of our community in the future will originate from investing in first class transit, fully-funding K-12 and early childhood education, regulatory measures to rid our community of predatory blight and businesses, and investing in people. In the last six years, I have proven that I know how to move the ball forward on these issues, and in the future, I will work towards measures to adequately fund these projects. My opponent believes that the private sector holds the solutions to Route 1's economic development problems and that we can have everything we want without paying for it.

I have passed over 20 pieces of legislation in the six years I have served. I pass legislation without securing at least 18 Republican votes in the House of Delegates. I have also worked with Republican colleagues to defeat legislation on the floor of the House including last year's execution secrecy legislation. I have developed friendships, relationships, and the experience necessary to maximize our community's opportunities in Richmond.

Traffic has exploded on U.S. 1 due to employment growth at Fort Belvoir and Marine Corps Base Quantico. 36th District's school populations have exploded due to population turnover from elderly to young families and housing growth in Prince William County.

Predatory lending is completely out of control on U.S. 1. Short of abolition, I have consistently supported (1) interest rate caps, (2) giving local government the authority to regulate the number of predatory lenders that can locate in an area, and (3) prohibiting multiple predatory lending entities from co-locating in the same storefront.

I have always been supportive of measures to fully fund Virginia's safety net. Expanding Medicaid would free up $180 million of Virginia taxpayer dollars because the federal government would pick up 100% of the cost of fourteen programs currently 100% funded by Virginia taxpayers. Those monies could be used to fund programs such as this one.

Closing the healthcare coverage gap is probably the #1 thing we can do to improve quality of life in the short term in the U.S. 1 Corridor. The U.S. 1 Corridor has the largest existing Medicaid population and the largest concentration of working adults that would benefit from expansion in Northern Virginia. Expansion will create 30,000 jobs in Virginia, nearly 1,000 jobs in the 36th District, and will free up $180 million of Virginia taxpayer dollars to spend on other priorities. I have never voted for a budget without Medicaid expansion, and I will continue to advocate for Medicaid expansion as a necessary condition for any biennial budget passed this year.