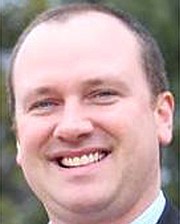 Previous: 10+ years experience on Capitol Hill, including a wide array of legislative policy and leadership roles in both the United States House of Representatives and United States Senate with an emphasis in health care, entitlement, and educational areas.

Serving in the Virginia General Assembly would be the highest honor. It is the oldest, continuous law-making body in the free world, and I would never take for granted being a part of this body for the benefit of Northern Virginians. As a father of two young children coming up through the public school system, improving our school system is a top priority for me.There are a couple of improvements we can immediately enact. First, I think the local school board, not Richmond, should determine when the school years starts for testing preparation of our students; that’s why I would repeal the “King’s Dominion” law. I would also work to get more education funding directly into the classroom and give teachers the resources and tools they need to help our kids succeed. Furthermore, reducing red tape and streamlining the tax code, along with working to get our fair share of transportation funding would be high up on my to-do list given that 1/3 of the Commonwealth's population lives in Northern Virginia.

My family faces a lot of the same challenges as families throughout the district. I’ve felt the economic crunch from the high cost of living and a sluggish economy. I have spent too much time commuting to work on public transportation for years in gridlock, and I worry about the education my kids and all of those in Northern Virginia are receiving. Unlike my opponent, these problems directly impact my young family everyday, and I have the strong incentive to address and fix them and not just talk about these problems. There are real solutions to improve our communities but it’s going to take the political will and bi-partisan leadership to make them happen. I’m ready to get to Richmond on behalf of all Northern Virginia families and get to work on their behalf.

I spent nearly a decade on Capitol Hill working with elected officials and staffers from many different and competing political philosophies. My ability to forge agreements through compromise comes from growing up in a large family of seven siblings. I learned through experience that you can disagree with someone, and still respect their opinion. I know that’s an uncommon practice in both Washington DC and Richmond politics, but it’s true. Too often respect and common decency are lost as people fight to make a political point. I have a much different personality. Through my work experience, legal education training, service to my community, and being a father to a special needs disabled daughter, I have demonstrated the willingness to listen to other people and respect their opinion while solving vexing problems that impact our lives.

The district has seen an incredible amount of growth in the past 10 years, from the West End of Alexandria all the way down to Prince William County. People were drawn to the area for the same reason my wife Katie and I were, because it’s a great place to raise a family. Unfortunately, that growth has side effects from congested roads to overcrowded schools. We need to deal with those side effects now to keep before they impact our quality of life any more.

On a bi-partisan basis, the Virginia General Assembly acted to reform the industry practices. If more work needs to be done to ensure the law is followed where consumers are protected from unlawful or immoral business practices, I will sincerely work with my colleagues on both sides of the political aisle to ensure protections are put in place.

I am open to federal support for Fostering Connections. Providing a social safety net for those in need is an important role of government, and our foster care system is critical to the future development of our childrens' and community's well-being.

As currently proposed under the ACA, I do not support expansion of Medicaid to able-bodied adults. There are better ways to reform our health care system to help increase health insurance access and affordability for able-bodied adults without implementing a polarizing and flawed federal law that one party in the United States Congress forced into law. One of my main priorities as a State Senator for Northern Virginia will be to craft a bi-partisan solution to this complicated public policy problem. As a health care public policy professional for a rare-disease non-profit organization and a father of a special needs daughter, I bring a unique perspective and background to the Virginia General Assembly on this important topic. From a funding perspective, studies show that expanding Medicaid under the ACA will require deep spending cuts to other critical General Assembly priorities such as our education programs, to pay for the expansion. I am not supportive of spending cuts to educational programs for our K-12 or Community College students as a trade off to expanding Medicaid.