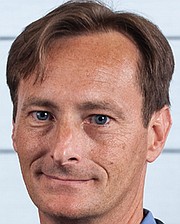 Occupation and relevant experience: Vice President of Legal and External Affairs and Chief Legal Officer for the National Board for Certified Counselors

I feel strongly about a lot of issues, but issues come and go. What is important in the long run are the principles I would bring to the task of representing the people of Fairfax County in the state senate. I believe government should be the court of last resort; many problems can be solved by people working together. I believe the more freedom and the less regulation, the better. I believe in lower taxes, more jobs, and a robust economy. I believe religious liberty is essential to our democracy. My call to service is driven by these principles that I will apply to any issue before the General Assembly.

We have policy disagreements in a number of key areas. I am adamantly against McAuliffe’s plan to put tolls on I-66. He voted to take money from the roads and put that money into sidewalks (SB 932) and I think that’s nuts. And on crime, there is vast chasm between our positions; I support truth in sentencing and no parole for violent offenders, and Marsden doesn’t. I also support school choice for our families, while Marsden voted against educational savings accounts for disabled children. Dave Marsden is a good citizen; he’s just wrong on some important issues.

Given the political makeup of the state legislature, what examples from your own experience suggest you can successfully bridge the intense partisan differences there?

The Virginia General Assembly is nowhere near as partisan as many other state legislatures because we have a part-time legislature; its members are not professional politicians; and they all have day jobs. I think an open mind and a willingness to listen to other points of view is important in any legislative body. I have spent my career working with both parties to pass legislation and I will bring that to my job as your senator.

The dirty little secret in the Virginia Senate is that in 2011 the Democrat majority in the senate gerrymandered the district lines to protect their majority. That’s why this district begins in Lake Barcroft, snakes through 5 magisterial districts, and ends up near Dulles Airport. Ten years ago the 37th senate district was a lot more compact. I grew up here, and like anyone else who has been here this long, I have seen major good and bad changes. What hasn’t changed is what the people want – good jobs, a good education for their children, safe streets and less traffic.

I dislike car title loan companies as much as the next person. However, these businesses would not exist if there were no customers, so they are filling a need. It seems our job is to make sure these companies are properly licensed and regulated and determine if there are better ways to fill the need.

I am whole-heartedly for any program that will encourage adoption.

When the government starts shelling out money somebody, somewhere, has to pay for it. Right now the feds are offering to transfer money from their treasury to Virginia’s treasury to put more people on Medicaid, but there is no guarantee the money will continue to flow. And considering that the US government is running a deficit the size of the galactic empire, at some point the largesse will end, which means hard-working Virginians will end up with higher taxes. There is no pot of gold at the end of the rainbow, and the unicorns are not interested in paying our debts.